SANDVEISS is a Heavy Rock band from Quebec City that came to life in 2011. Their music is heavy yet also melodic. Their influences range from Black Sabbath, Kyuss, Tool, Mastodon etc. The band’s self-released first album “Scream Queen” came out in 2013 (re-released in 2014 with the label Sexy Sloth). In the Summer of 2015, SANDVEISS played notably at the FEQ (Plains of Abraham), opening act for High on Fire and Megadeth, and at Heavy Montreal to a very receptive crowd. Next Autumn, their album “Scream Queen” won “Heavy Album of the Year” at the GAMIQ awards. In 2016, they released a 7” EP vinyl “Save Us All” (also nominated at the GAMIQ awards). That paved the way to a tour in Sweden, where they played shows at the “Live at Heart” festival in Örebro. After some changes and a long successful writing process, SANDVEISS returned in 2019 with their 2nd full release called “Saboteur”. The band consists of Luc Bourgeois (lead vocals, guitar) Shawn Rice (back vocals, guitar), Maxime Moisan (bass), and Dominic Gaumond (drumkit). 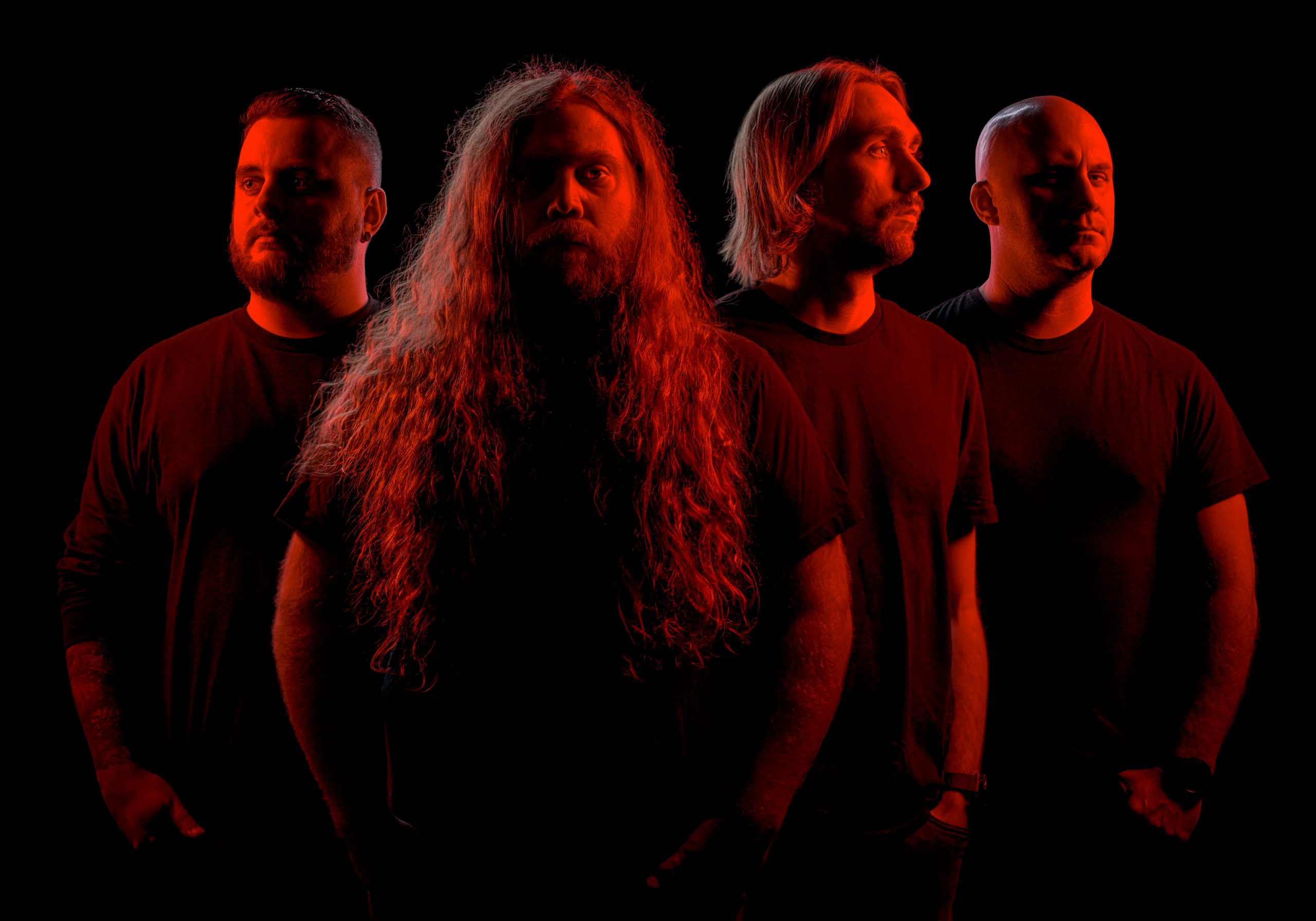