A debut comes with pressure to succeed. Ontario-based country singer-songwriter Ryan Langdon doesn’t sweat it too much, though. With his debut EP, Lit in the Sticks, he exudes a confident mix of earworm hooks, small-town trouble-making, and feel-good songwriting that positions him as one of country music’s most promising newcomers. He lands somewhere between Chris Young’s bellowing bass and Jason Aldean-sized showmanship, but he always stamps his songs with his own swagger and style, too.

“It’s a guaranteed good time,” he promises with essential cut “Crossfaded,” a nod to drinking and smoking in tandem, Willie Nelson style. “Mix it / Roll it / Drink it / Smoke it,” he urges the listener to be present and take each moment by the horns – in whatever way that manifests. Elsewhere, songs like “The Dirt,” a guitar-laden shuffle, and the smolderin’ “Feelin’ That” permit Langdon to fuse a brawny vocal tone with a fresh contemporary flavor.

Langdon is firmly radio-friendly, but he plants his songwriting in authentic celebrations of real life. “When you smiled back at me, girl / That’s when I knew / You were the best night of my life,” he reminisces on “Best Night,” a sweet, romantic mid-tempo dedicated to his girlfriend and the first night they met. “Still can’t believe / That we talked to three / Shouting over everyone / Sure, we had some beer / But looking back, it’s clear / It was you giving me a buzz.”

Langdon’s Lit in the Sticks EP – produced by Karen Kosowski (Brett Kissel, Melanie Dyer) – combs life’s beauty, charm, and light – a getaway of sorts from a dark, cold world. “Don’t take life too seriously,” he says. “This EP is all about having a good time. There’s a good rhythm to it, too, and it makes people want to dance.”

In early 2019, Langdon took several trips to Nashville, co-writing predominantly with Kosowski and Emma Lee (Kira Isabella, Tim Hicks), which resulted in a songwriting spree and a sturdy set of songs. “Songwriting is definitely not easy. You really learn that it is a job,” he says. “There’s a reason some of these people are the best of the best. It’s an amazing process when it’s all finalized and you write a good song. There’s no better feeling.”

With a booming lower register, and a great knack for melody, it’s hard to imagine Langdon as anything other than a country singer. Growing up in Niagara Falls, he took the lead from his athletic father, who played collegiate football for the University of Tennessee, and originally had ambitions to become a sports star.

Langdon dabbled with songwriting, picking up a guitar in high school and playing around at various coffee houses, but college took him to Buffalo, New York to play baseball. Music only seemed like a hobby, a backseat pleasure that hadn’t quite wrangled him in yet.

“People were shocked I could sing,” he remembers of a song called “I Remember,” one of his first original compositions. “Everybody in high school knew the lyrics. It wasn’t the best song in the world. I was always a melody writer. Melodies always come easy to me.”

Time would prove to be all that he needed. Langdon, whose entry points into music run the gamut, from Hank Williams Jr. to Prince and Guns ‘N Roses, blends a rough, country-rock sensibility with a keen eye for radio gum – the kind that’s addicting and lingering with you for days and days.

Langdon is currently riding a wave of early success. Last summer, he performed at the CMAO Awards (Country Music Association of Ontario Awards) and enjoyed a nomination for Rising Star. His song “Lit in the Sticks” is closing in on one and a half million streams, a perfect primer for a debut that explodes with arena-worthy energy and earthy intensity you won’t soon forget.

Langdon’s Lit in the Sticks EP keeps time with the current country landscape but allows a bit of grit to soak through. “I wanted to write something edgier that showed off my bottom end vocals,” he says, noting the synergy with his producer and co-writers. The newcomer is bound to turn a few heads, and his arsenal of must-hear tracks, including fire burner opener “Buck Wild,” is about to put him on the map for good. 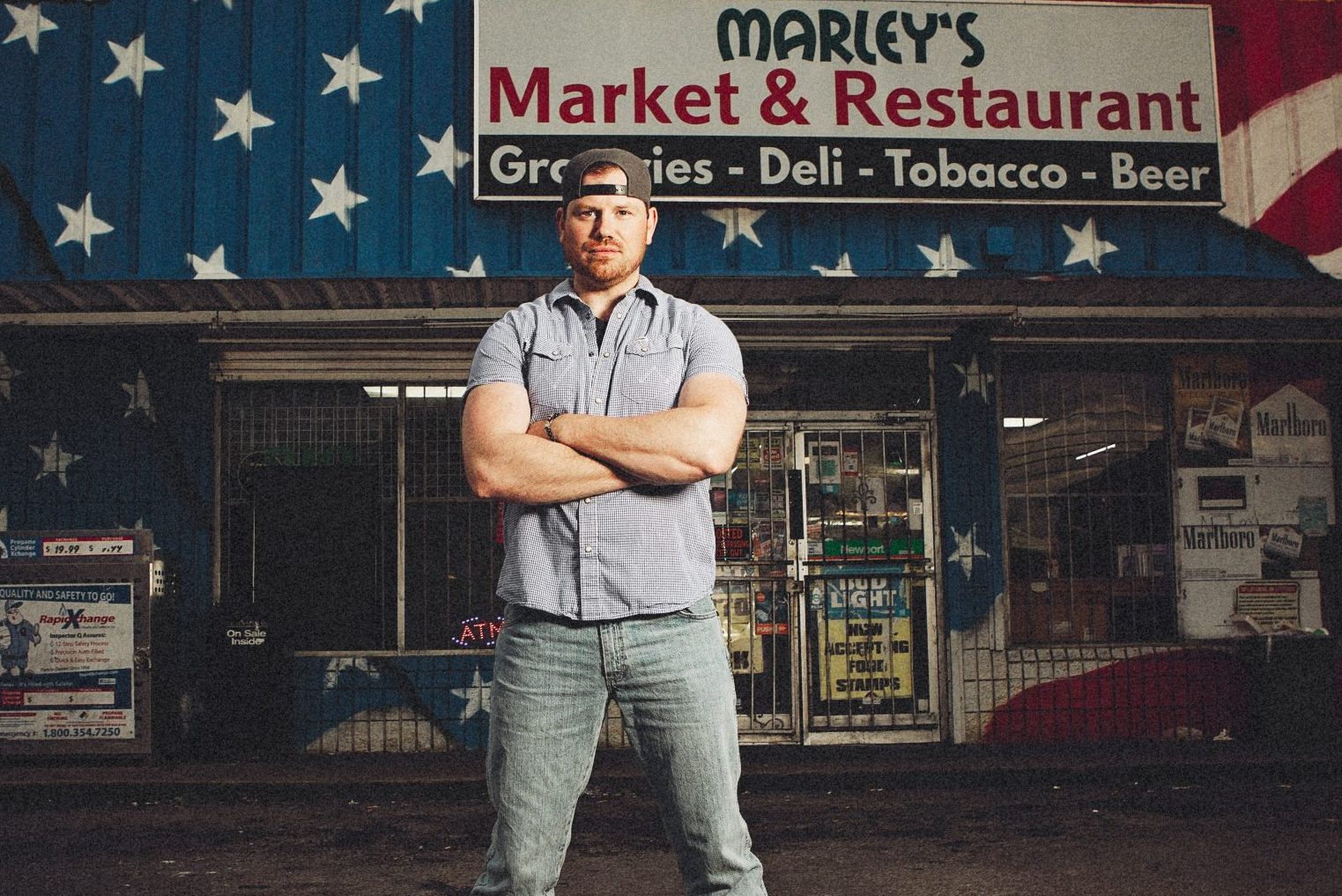