Raincity is a Vancouver-based Rage-Funk group fronted by female leads on saxophone and vocals. Beatroute magazine describes them as “danc[ing] between Paramore’s pop perfection and a late-night RCHP inspired jam session”. The five members of Raincity combine their eclectic influences including Moon Hooch, Amy Winehouse, Queen, and RAGE. They have opened for acts such as Our Lady Peace, Bif Naked, and Five Alarm Funk on stages such as the Commodore Ballroom and The Bill Reid Amphitheatre which hosted over 50,000 attendees. They are working on a new album expected for release in 2021. 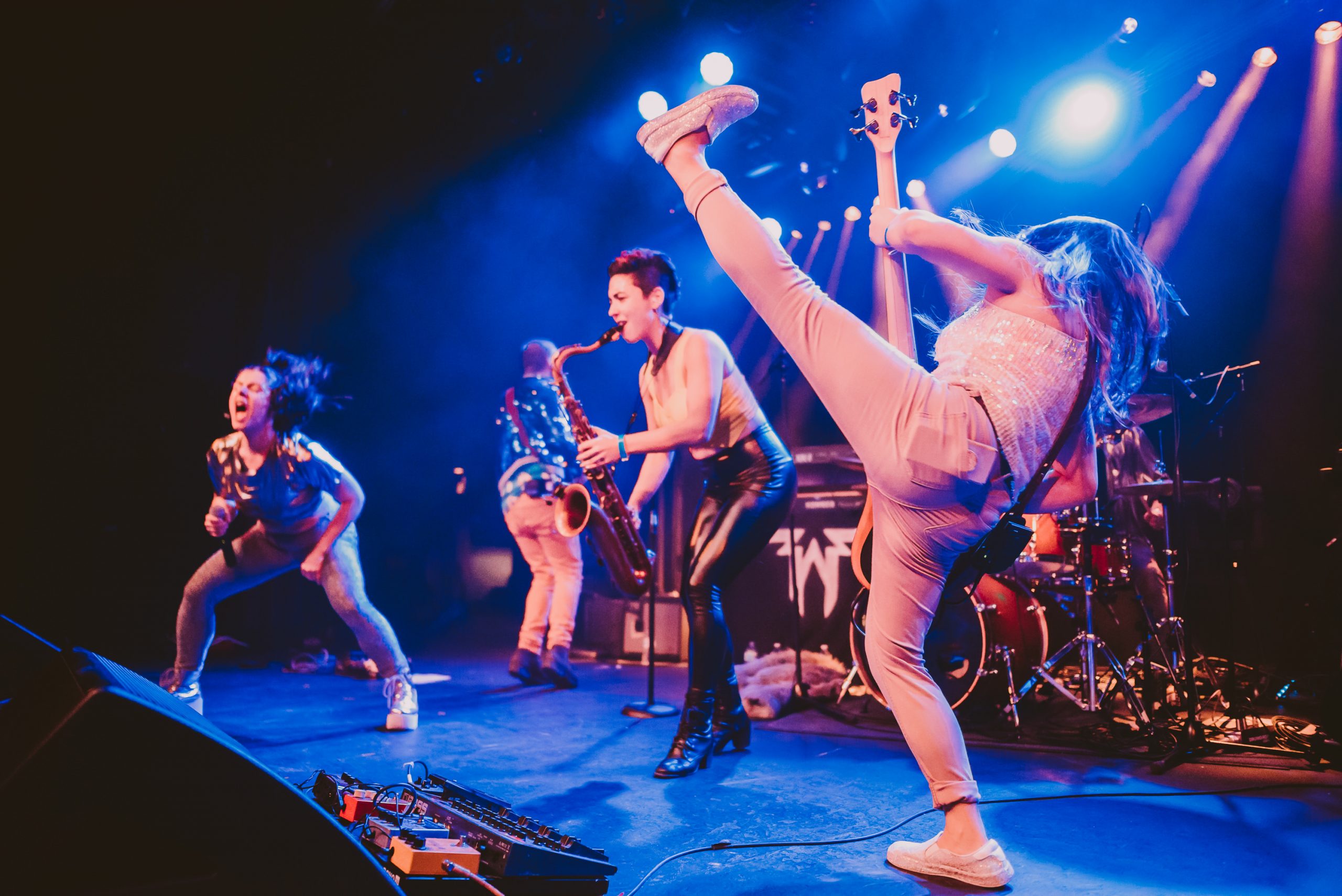