Piqued Jacks are pure energy. Alt/rock from Italy with an international appeal. New arrival in Metatron Group and INRI’s roster, their successes include: opening act for Interpol, airplay on Virgin Radio Italy, winners of Sanremo Rock and MTV The Freshmen, and performances during Indie Week Toronto and Music Showcase Greece in 2019, along with SXSW (Austin) in 2013-14-15.

The new album “Synchronizer” (INRI, 2021), produced by Julian Emery (Nothing But Thieves), Brett Shaw (Florence + The Machine) and Dan Weller (Enter Shikari), is anticipated to be the most complete, varied and incisive Piqued Jacks album to date. The first singles, “Every Day Special”, “Golden Mine” and “Elephant”, with airplays on Kerrang! Radio, BBC Radio and MTV, launched the band on the trajectory of major stages in 2021: SXSW, Musexpo (Los Angeles) and MMB (Bucharest) + many more postponed/TBA 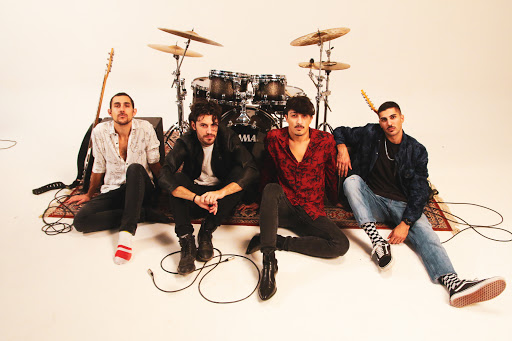