With an alternative mixture of folk, pop and rock, Oliver Forest is on its way to becoming an inevitable part of the Montreal indie music scene. Powerful melodies and a rich and unique sound conspire to create an energetic, spellbinding and heartwarming performance.

It all started in 2016, after having both studied at Dawson College, Josh Cunningham (Vocals/Guitar) and Megan Griffin (Vocals/Keyboard) brought their voices together and their first original compositions.

Not too long after, they were joined by Tim Hammond on drums, and Jon D’Ambrosio on lead guitar, adding a solid rhythmic and melodic backbone, and thus Oliver Forest was born. Together they create an intimate, melancholic tapestry of sound.

Swept up in a whirlwind of creative energy, the group spent three weeks locked away in the studio to record an eponymous debut album, which included their first single, titled “Shadows”. Since then, the group has played in and around Montreal, Québec and Toronto.

With the release of their new EP “Some Things You Just Can’t Let Go Of”, slated for release on March 19th, the band compiled a collection of three remastered tracks from their debut album and three new self produced songs. “Alleys” is a dark yet hopeful song written during the pandemic lockdown. “Come Down Here” delivers a message of self confidence and willpower. And finally, the group’s first French single, “À fleur de peau”, reflects the general feeling of being on the edge during these uncertain times.

Their next EP will be co-produced by Rob Wells who has worked with the likes of Adam Lambert, Justin Bieber, Marie-Mai, Ariana Grande, Corey Hart, Matt Dusk etc. 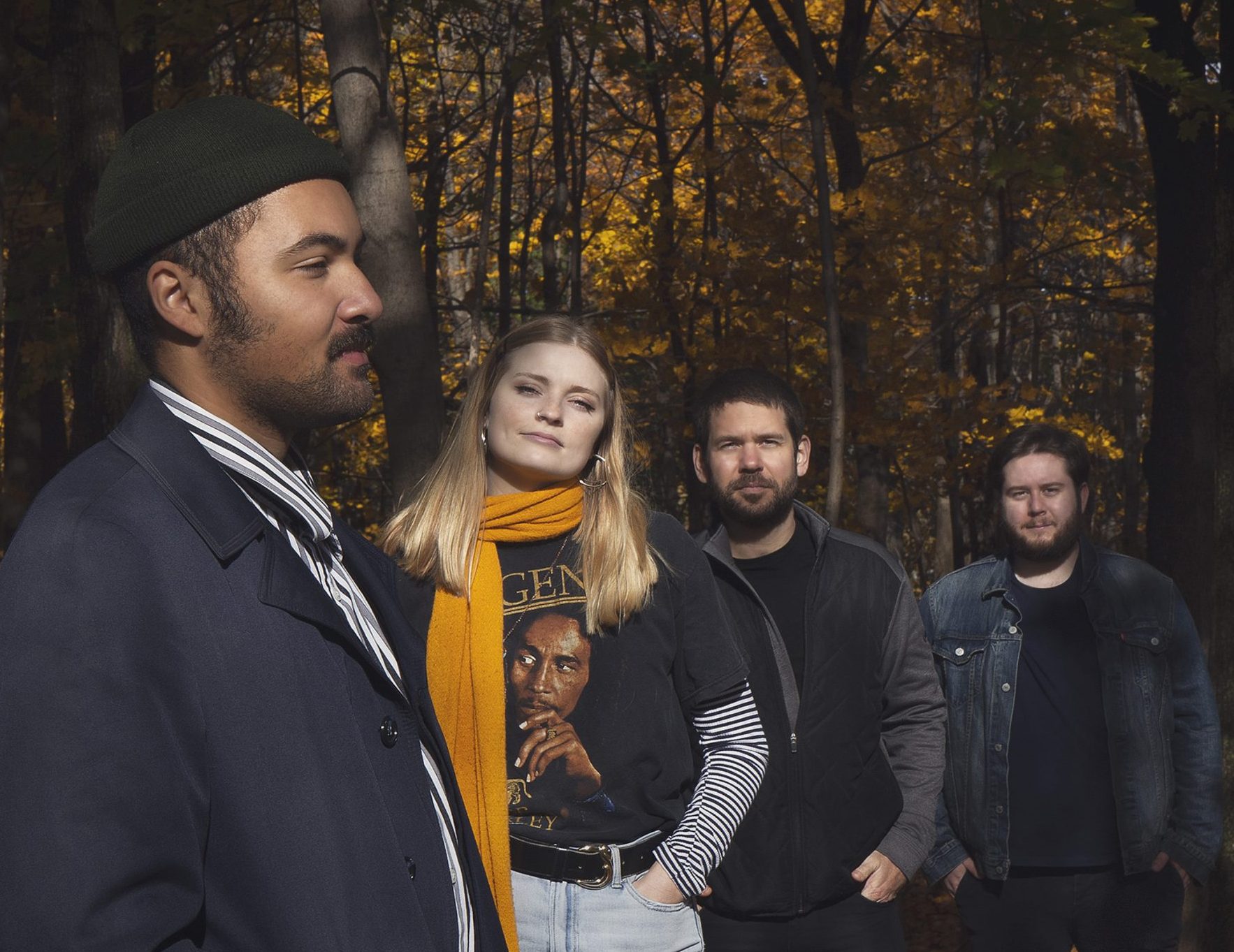