What Jamie-Lee Dimes provides with “Goodbye” is a sound of unimaginable sincerity and beauty. The intoxication the song elicits is unmatched and acts as further proof that Dimes is an artist to be on the lookout for.” – Atwood Magazine

“Jamie-Lee Dimes’ advocacy stands not on party lines but on human lines… Sometimes sounding like Mazzy Star’s Hope Sandoval and other times like a Cowboy Junkies’ Margo Timmins, Dimes’ musical angst is tempered by her velvety vocals.” – American Songwriter

“Jamie-Lee Dimes turns her own self-realization into music that explore topics that have risen to the top of social consciousness in recent years… her folk-based melodies reveal a hypnotic and ethereal energy that perfectly soundtrack the introspective nature of her lyrics.” – Substream Magazine

“Jamie-Lee Dimes gives Australia a good name, this singer-songwriter, multi-instrumentalist… is a sure-fire way to get your dose of music with meaning. – Ladygunn Magazine

“There’s something about turning 30 at the start of a new decade that’s liberating,” says Jamie-Lee Dimes, a singer-songwriter, multi-instrumentalist, and multidisciplinary artist who grew up on the beaches and bays between Stanmore Bay, New Zealand, and the Gold Coast of Australia, before moving to New York City to train on broadway at the age of 22 “It’s all coming together for me.”

Jamie-Lee Dimes is a singer-songwriter, multi-instrumentalist, and artist with a global perspective – one that comes from her spending time living in Australia, New Zealand, New York City, Los Angeles, The California Desert, and Mexico, earning her a coveted slot as an official artist for SXSW 2020.

After releasing the first three singles of Jamie-Lee Dimes’ forthcoming debut album “Release Me” “Virginia,” and “Goodbye, the singer continues to be an emerging artist on the rise gained momentum as triple J featured artist, interview, and airplay on Roots n All, rotation of triple J unearthed digital radio, FBi and 2Ser, best new arrivals on 4zzz, and airplay across Australian and American community radio. Her song of protest “Virginia” debuted on Ditty TV network television this September and was added to the rotation after gaining media attention across America, Australia, and the UK, including women in music to watch for women’s month by LadyGunn Magazine, the most exciting emerging Americana and roots artist in America by Ditty TV, and best new discoveries on UKs she makes music. Dimes’ latest two singles, Goodbye and Virginia have been added to rotations across MTV Australia and New Zealand premiering this October. Recent media premieres and features include Atwood Magazine, American Songwriter, substream magazine, Tone Deaf, The Music, Bella Magazine, Vents Mag, Anti Music, FFW fashion-forward Brazil best new releases, Cardeno Pop Brazil.

After spending 2019 on the road and in the recording studio, extensively touring North America, Australia, and New Zealand, the singer plans to release her debut full-length album Hell and Heaven Come in Threes 2021 after her showcases and tours were canceled in 2020 due to covid-19 pandemic. The new body of work is a collection of hypnotic nostalgia following her 2016 release of her dark and brooding six-track EP Liminality.

“I looked at my own life through the prism of what was going on historically,” she says of her new direction, which touches on such revolutionary female artists as Patti Smith, Lana Del Rey, Grace slicks, Pj Harvey “ I retreated to the California desert to work on my new music, It gave me the time and space to think about what I was doing.” Writing music, and capturing her moments on the road, and traveling the world through the lens of a camera was a natural progression from music, emerging on the scene as a multi-disciplinary artist as another form of storytelling, not just in music, but in film and photography, with her work being featured across America, Europe, Latin America, and Australia. 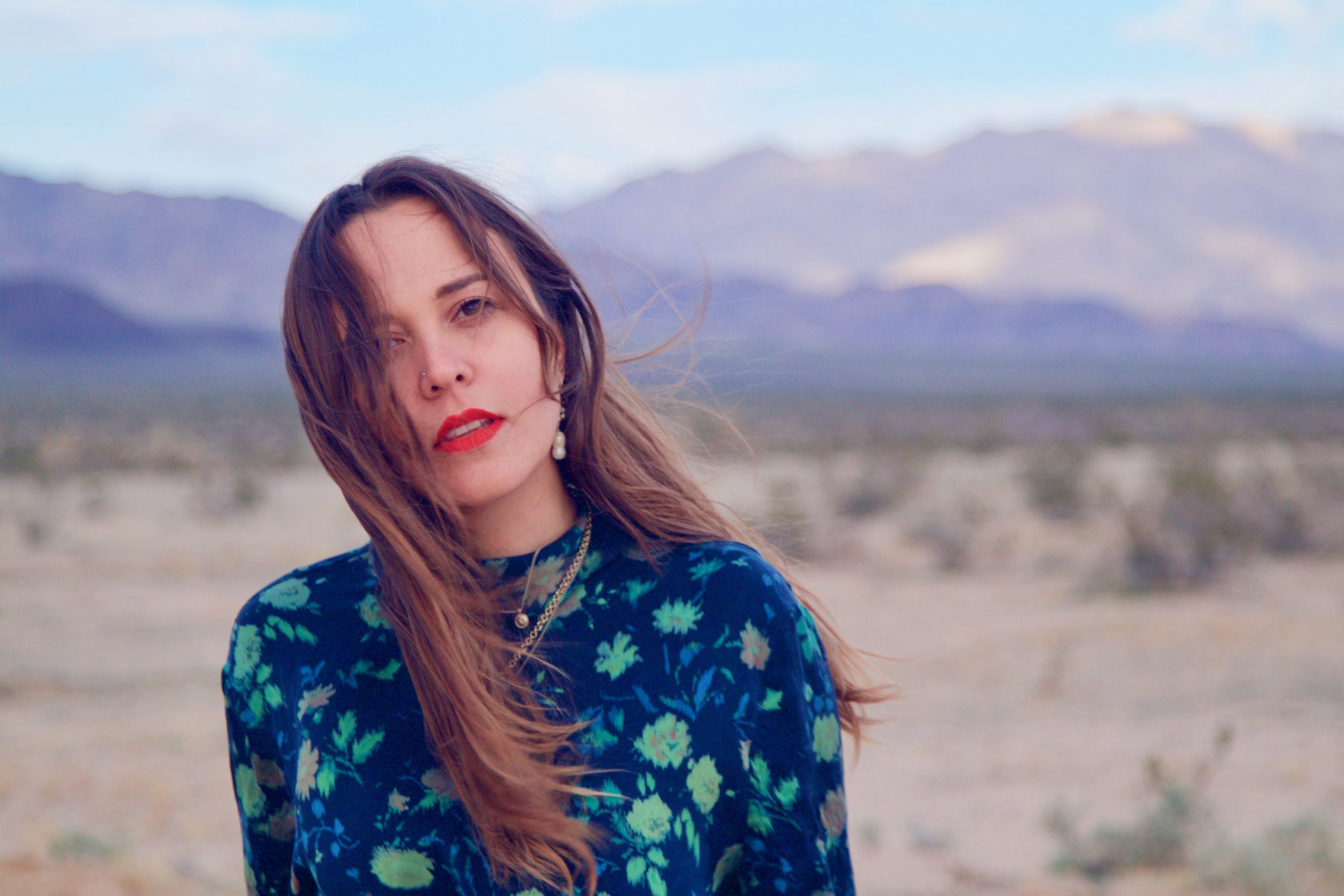