Ellis in Transit are a British-Canadian indie rock band from Hamilton, Ontario. Before moving to Canada and branching into a full band, Ellis in Transit started as an acoustic duo in Scotland, playing UK shows and writing music. Ellis in Transit are known for pairing powerhouse blues-rock vocals with Britpop 90s guitar riffs, creating a sound that is both unique and “dripping in nostalgia”.
In June 2019, Ellis in Transit recorded their debut self-titled EP. Their first single ‘Thousand Feet Deep’ attracted the attention of local and international radio stations alike, prompting the band’s feature on Y108 Hamilton’s Emerging Artist Showcase. “[…] the whole vibe, from the lyrics, to the soundscape, to the vocals — just grabs you and doesn’t let you go.” – Linda Garnett of ‘Indie Music Women’. Ellis in Transit are currently in the studio and teasing the release of a new album with singles. The first single, “Gucci Socialist”, debuted on international airwaves the day of its release on Scotland’s Mix 1 Radio, prompting its addition to EGH Radio’s “The Unsigned Hour” and “Anne’s Rock Show”. This year the band were chosen to be a part of 97.7’s The RockSearch as well as 102.1 The Edge’s band opener contest. “Alexandria’s voice is a force – her distinct and powerful vocals make the band instantly recognizable, and they’re only just getting started”. – Kristin Archer of ‘I Heart Hamilton Radio’. 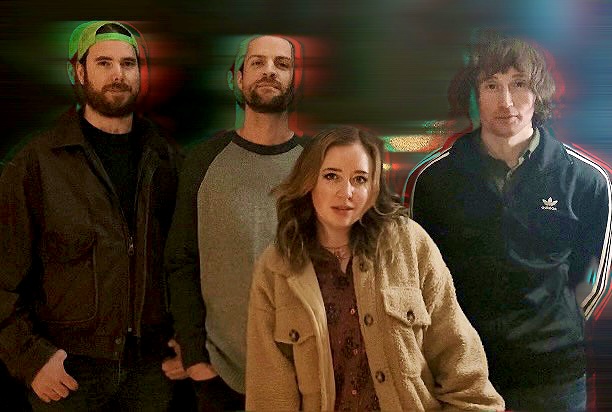