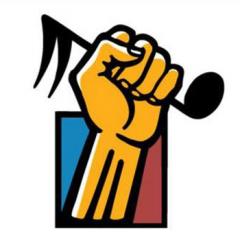 Three US organisations representing creators — Future of Music Coalition (FMC), Writers Guild of America, West (WGAW), and the National Alliance for Media Arts and Culture (NAMAC) — have filed an amicus brief with the US Court of Appeals for the DC Circuit to uphold the Federal Communications Commission’s ruling in favour of net neutrality. The United States Telecom Association and ISPs are seeking to invalidate in Court the FCC’s decision made earlier this year.

Key arguments from the brief include: i) The Open Internet Order serves the public interest by protecting the ability of citizens to express opinions and hear from a diverse range of speakers online without interference from ISPs; ii) For artists, the low entry barriers of the open Internet have produced unparalleled opportunities for free expression; iii) The open Internet has allowed the introduction of numerous video and music services that now boast tens of millions of users. The growth of competition and choice benefits both artists and consumers.

“For nearly a decade, thousands of artists and independent labels have gone on record in support of strong net neutrality rules that ensure their ability to compete alongside the biggest companies online,” said Washington, DC-based Future of Music Coalition CEO Casey Rae.

“The open Internet is expanding opportunities for writers, musicians and other artists to reach an audience,” added WGAW Senior Research and Public Policy Director Ellen Stutzman. “Without theFCC’s rules and the authority to enforce them under Title II of the Communications Act, Internet service providers will have both the incentive and ability to interfere with online content distribution.”