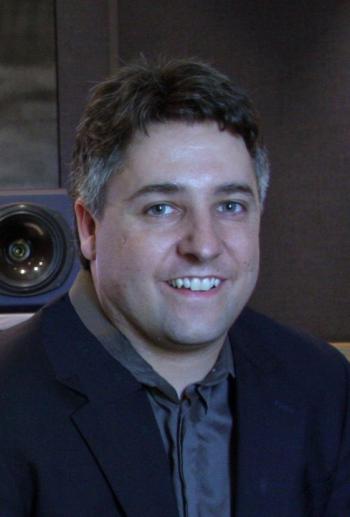 Career Development & Industry Relations,
O.I.A.R.T. (Ontario Institute of Audio Recording Technology
London, ON, Canada
Graduating from OIART is only the beginning. Thankfully, Robert Breen is there to get things started. His official title is "Career Development and Industry Relations," but to OIART grads, he's much more. He's a coach, a personal agent, and a headhunter that'll help track down good gigs in the industry. "I get to know all of the students on a personal level, get to see them in sessions, do fake job interviews with them, make them cold call me as if I were a potential employer, help them with resumes," he says. "I teach them how to find work and network. Then I go hunting for job postings and employment opportunities. Because I know them personally, I know what they're looking for and where they'll fit in."

Breen knows music recording. He has played guitar from an early age and managed Ocean Studios in Burbank for four years. "My main interest in life, no matter what I was doing, was always music—playing guitar, recording, everything," he says. "I was always in a band, always listening to music, always studying."

Like most musicians, Breen started playing seriously in high school. The more he played, the more he learned. Soon he became fascinated with studio recording techniques, investigating the tricks and tools used to make legendary albums like the Beatles' Sergeant Pepper's Lonely Hearts Club Band. "When I learned how they made that album, and how other albums I grew up with were made, I wanted to spend all my time in the recording studio," he says.

Despite a deep passion for music, audio recording was an unusual career choice in the mid '80s and a high school guidance counselor suggested he study English. Breen took the advice and got a degree from the University of Western Ontario. "It seemed more like a real job than what I actually wanted to do." But Breen knew that he couldn't give up on music without at least trying. A trip to the old Motown studio in Detroit was inspiration enough to get him to enroll in OIART." I was 27 at the time and I signed up for the program at OIART. It turned out to be the best decision I ever made," he says. “It enabled me to do the things I always wanted to do but didn’t know how. MORE - http://www.oiart.org/alumni/bob-breen