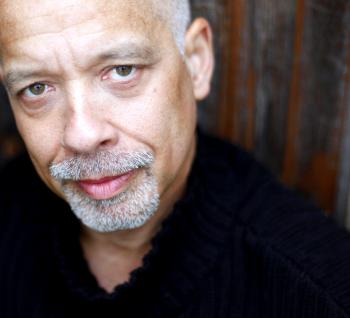 @officialdanhill
How does one describe the creative force driving Dan Hill? Nominated for a Grammy for Best Male Vocal, winner of a Grammy (as co-producer of “Seduces Me” on Celine Dion’s 30 plus million-selling “Falling Into You” album), winner of five Juno Awards and the Harold Moon Award (Canadian Lifetime Songwriting Achievement Award), Dan has recorded and released multiple gold and platinum albums. His classic hits, such as “Sometimes When We Touch” (closing in on 5 million spins in America alone, and covered by hundreds of artists around the world), “Can’t We Try” (#1 Billboard AC Record of the Year), and “Never Thought (That I could Love)”, another #1 AC record, all remain staples of AC radio stations around the world. Dan has also enjoyed consistent
success as a ‘behind the scenes’ songwriter, his compositions recorded by so many artists spanning so many musical genres that it’s, well, incredible. Pop singers Celine Dion, Britney Spears, 98 Degrees, The Backstreet Boys, Rod Stewart, Donny Osmond, Jennifer Rush and Michael Bolton, R&B singers Tina Turner, George Benson, and Jeffrey Osborne and country singers Tammy Wynette, Sammy Kershaw, Mark Wills, Reba, Alan Jackson, and Lorrie Morgan, to name a select few.

Somehow, Dan found time in between his musical outpourings to carve out an esteemed reputation as an author. His latest book, the critically acclaimed, best selling memoir “I Am My Father’s Son (a memoir of love and forgiveness)” was published by Harper Collins in February, 2009. This poignant and often hilarious memoir came on the heels of a stunning cover story he wrote for Macleans magazine: “Every Parents Nightmare”, (February 2008). It was the incredible media and public response to Dan’s latest book that coaxed him back into the studio to record his first album in 14 years. “Intimate”, reunites Dan with producers Matt McCauley and Fred Mollin (boyhood friends of Dan’s who produced his first four platinum selling albums, including Sometimes When We Touch”).

The songs are as breathtaking, featuring Dan singing with soul and authenticity. Hands down the best recording of Dan’s career, roughly half of the songs on “Intimate” have been previous hits for other artists (such as, “I Do (Cherish You)”, “She’s in Love”, “I Promise You (With Everything I Am)”. And as a special bonus, Dan has recorded a heart stopping, stripped down version of
his classic, “Sometimes When We Touch.” And yet it’s Dan’s new songs that hit the hardest, demonstrating his range and depth as a writer, as well as his natural gift for story telling. And speaking of story telling, “Intimate” is the perfect mix of Dan the singer/songwriter and Dan the author. Each song contains a detailed ‘song story’, (included in the CD booklet) detailing the behind the scenes emotional build up that inspired its writing, as well as fascinating descriptions of the creative dynamics between Dan and several of his co-writers. Is “Intimate” a book or a CD? The work of a highly successful songwriter, an accomplished and published author, or a singer with a style as distinctive as it is passionate? “Intimate” is, well, an intimate expression of Dan Hill the artist, at his honest, soul stirring, story telling best. Or, as Dan’s closest friend and collaborator, country superstar producer and songwriter Keith Stegall writes for “Intimate’s” liner notes: “This is your masterpiece Dan, and I am honored to have lived and breathed some of it with you….your talent is awe inspiring but your friendship inspires me beyond words.”