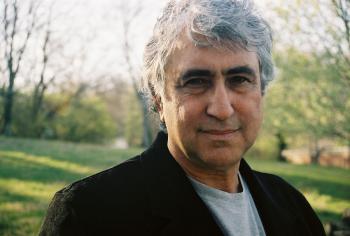 SAC President/Songwriter/Producer,
Songwriters Association of Canada SAC
Toronto, ON, Canada
Eddie Schwartz is best known for writing such classic hit songs as "Hit Me With Your Best Shot" recorded by Pat Benetar, "Don't Shed A Tear" by Paul Carrack, "The Doctor" by the Doobie Brothers and “When There’s Time For Love” by Lawrence Gowan. As a songwriter, he has had some two hundred songs recorded and performed by artists such as Joe Cocker, Carly Simon, Peter Frampton, Robert Palmer, Jeffrey Osborne, Donna Summer, Rita Coolidge, Rascal Flatts, Amy Sky, April Wine, Matt Minglewood and Mountain amoung others. His worldwide sales are currently in excess of 30 million recordings.

A native of Toronto, Eddie has won numerous music industry awards including multiple Junos, BMI awards and SOCAN awards, and SOCAN's prestigious William Harold Moon award. He is also an artist in his own right and has released four albums which have garnered international acclaim and top 30 singles in the United States.

As a producer Eddie has enjoyed success with numerous projects, including the Doobie Brothers' "Cycles" album, Paul Carrack's "Groove Approved", Rita Coolidge’s “Fire Me Back”, Lawrence Gowan’s “ But You Can Call Me Larry”, and recently, Brenn Hill's break out album “Endangered”.
In addition, he has served for many years on a number of boards including the Songwriters Association of Canada, SOCAN, CARAS and the Canadian Songwriters Hall of Fame, and is a graduate of the prestigious Leadership Music program in Nashville

In 2004 Eddie wrote a screenplay about his early experiences in the music business which is now scheduled to be filmed as an independent motion picture in 2007. A companion memoir is also in the works. He continues to write and produce music from his home in Nashville where he lives with his wife Joanne and two children, Ira and Emma.