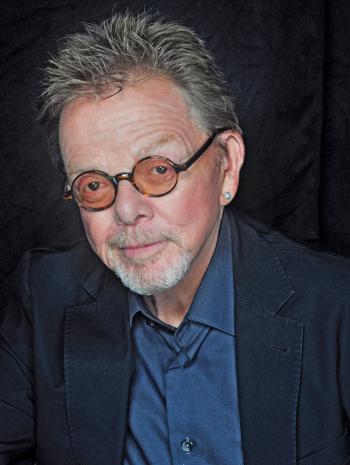 @ASCAP
Paul Williams is an Oscar, Grammy and Golden Globe winning Hall of Fame songwriter and President & Chairman of the Board of ASCAP (the American Society of Composers, Authors and Publishers). ASCAP is the first and leading U.S. performing rights organization, representing the world's largest repertory totaling over 8.5 million copyrighted musical works and is the only U.S. performing rights organization owned and governed by over 425,000 writer and publisher members.

“The Rainbow Connection”, from the children’s classic The Muppet Movie, is one of two Paul Williams’ songs that grace the American Film Institute’s list of the top movie songs of all time; the second, “Evergreen,” is from the award winning Streisand/Kristofferson remake of A Star Is Born. Additional song scores include the cult favorites Phantom of the Paradise and Ishtar, as well as The Muppet Christmas Carol, Bugsy Malone, and Emmet Otter’s Jugband Christmas, the latter of which has now been adapted for the stage. His recent work has remained wonderfully diverse, from creating the story and writing the songs for Disney's Emmy nominated A Muppets Christmas: Letters To Santa and penning the music and lyrics for Garry Marshall’s theatrical sensation Happy Days, to writing with the Scissor Sisters and Daft Punk. A documentary about Paul premiered at the 2011 Toronto International Film Festival, for which he wrote the title track “Still Alive”.

Although most people came to know the witty Mr. Williams as one of Johnny Carson’s recurring favorites on The Tonight Show, or as an actor in dozens of films, television comedies and dramas, it is his musical legacy that continues to inspire. “We’ve Only Just Begun”, “Rainy Days and Mondays”, “You and Me Against the World”, “An Old Fashioned Love Song” and “Let Me Be The One” all remain pop classics and are performed by Paul in venues from New York to the Philippines.

While publicly lauded for his work as a songwriter, performer, actor and humanitarian, Paul predicts he’ll be remembered for playing Little Enos in the Smokey and the Bandit trilogy and for his lyrics to “The Love Boat” theme, although it is the lyrics from Bugsy Malone, recast for a recent Coke commercial, that aptly sum up his philosophy: “You give a little love and it all comes back to you; You’re gonna’ be remembered for the things that you say and do”. As a devoted husband to writer Mariana Williams and proud father, Paul considers his son Cole, and daughter Sarah, to be his best work.