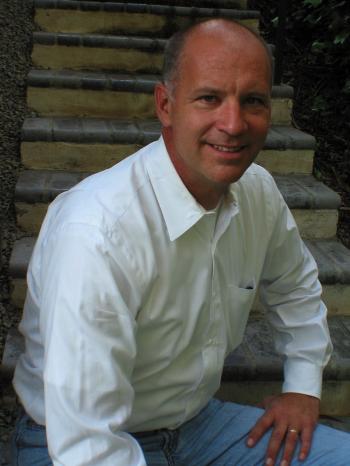 @tracyjohnson
Recognized as one of America’s most innovative radio programmers and managers, Tracy Johnson’s broad background in traditional and digital media spans more than 25 years and has influenced hundreds of radio stations, programmers and personalities.

Johnson’s radio programming success began in his second year of college in Lincoln, Nebraska and included stops in Kansas City and Jacksonville, Florida. In 1989, Johnson began a three year stint as programming and marketing consultant to over 100 stations in the United States. There he learned the art of managing air talent and prepared him for the next stage of success in his programming career.

Early in 1992, Johnson accepted the Program Director job at KKLQ/San Diego and improved the station’s ratings from 19th to 1st. This “worst to first” achievement was soon duplicated when he directed KFMB-FM from 22nd to 1st. Using strategic expertise and creative promotion and marketing tactics, the stations earned dozens of industry achievement awards. The success at KFMB-FM resulted in the honor of being named Radio Ink Magazine’s “Best Programmer in America” and in 1998, a promotion to the position of General Manager of KFMB AM and FM.

Simultaneously, Johnson’s expertise in managing air personalities resulted in two books, Morning Radio and Morning Radio II. The success of the books opened the door to seminars, speaking engagements, consulting and talent management opportunities. In all, Johnson has worked with over 200 radio stations in more than 15 countries. The books have been sold in over 30 countries. A third book, Morning Radio Revisited, has just been completed and has already been sold to personalities and programmers in 18 countries. Details are at www.tjohnsonmedia.com.

In 1998, Johnson turned his marketing and promotion attention to online strategies, establishing the first online loyalty marketing program in media. By 2002, the resulting database had grown to over 125,000 members and revenues were exploding. Over the next several years, Johnson developed new digital features and strategies, consulted more than 50 radio stations on their digital initiatives and marrying the power of radio’s mass appeal influence with the personal one-to-one capabilities of database management to establish new opportunities for traditional media.

Taking advantage of the opportunity to apply this experience and knowledge full time, Johnson became COO for M2O Media in 2007, which eventually evolved into the position of EVP of Audience Engagement for Triton Media. In this capacity, Johnson has worked with over 700 media companies (radio, television, newspaper) to create synergy in their traditional and digital offerings to create new sources of audience engagement and revenue.

Johnson’s rare skill set to create entertaining content, develop marketing and promotional strategies, create and manage digital initiatives, generate new sources of revenue, and inspire a team to work together for success is a unique combination of experience and expertise.