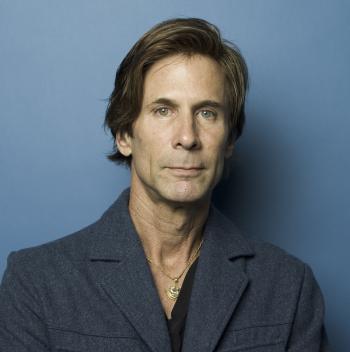 Mr. Fayman attended the USC school of Music and the California Institute of the Arts where he developed a love for contemporary modern classical scores, electronic music, as well as studying and touring with African drum ensembles.

Throughout the 80's Fayman played and recorded with various progressive bands including members such as Robert Fripp of "King Crimson" and Peter Banks of "Yes". During that time period, Fayman then begin composing original underscore music which became utilized in television shows and film trailers.

In 1992 Mr. Fayman in collaboration with Yoav Goren and co-founded Immediate Music LLC - Hollywood's most legendary and pre-eminent supplier of memorable cinematic music for high profile feature film trailers. Along with Mr. Goren, Mr. Fayman has composed and produced over 2000 tracks for the Immediate Music catalogue.

"We have always strived to push the boundaries of the highest production values within the genre of film trailers by recording our premium productions with the largest scale orchestras and choirs available worldwide. By utilizing the finest musicians and film score mixers in the entertainment industry, we believe our musical standards have to rival the finest epic scores available - and beyond" - Fayman

Some of Fayman and Goren's most memorable campaigns include the creation and licensing of their music for such blockbuster film franchises as: The Hobbit, Harry Potter, Mission Impossible, Spiderman, Pirates of the Caribbean, The Chronicles of Narnia, The Da Vinci Code, X-Men, Avatar.

Besides overseeing and developing new talent and compositions for the company, Mr. Fayman interacts on a daily basis with the Immediate Music film trailer and television clients. With a vast knowledge of motion picture soundtracks, modern and classical music repertoire, and cutting edge bands, Mr. Fayman assists composers in developing their "trailer music" production skills as well as supervises the strategic placement of Immediate Music's catalog into film and television projects.