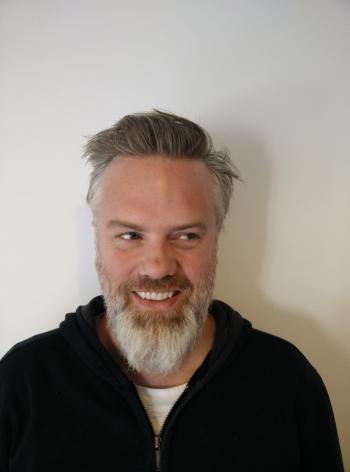 Founder & MD,
Split Works/Splatter
Shanghai, China
Archie is founder and Managing Director of Split United, a group of companies he formed in China in 2006 with his partner Nathaniel Davis. As one of the first integrated live entertainment companies in the region, Archie leads a team of almost 40 young and vital Chinese and foreign staff in wearing the hats of promoter, booking agent, festival owner, conference organiser, and brand consultancy. Split United pioneers the brand // entertainment // technology model in China, and Archie prides himself on pushing amazing bands and helping innovative brands, pulling a young Chinese population away from traditional music and state-led media towards a more honest and accessible entertainment paradigm.

Archie has unrivalled experience in leveraging music for brands in China and is an experienced large // special events operator. As such, Archie is greatly sought after as an expert on the music marketing and technology fields in Asia and has spoken all over the world at conferences such as Music Matters, SxSW, Transmission, MAMA, the Great Escape, Spikes Asia and has been a regular invitee of the prestigious WPP Stream “un”Conference.

Archie cut his teeth promoting DJs in London, France and Spain in the early/ mid 90's. As a serial entrepreneur, he has always been a bit ahead of the curve: from a London based internet listings company in the late 90’s to the owner of Europe’s largest free sports and music festival in the Alps in the early 2000’s, China has been the focus of his last decade.