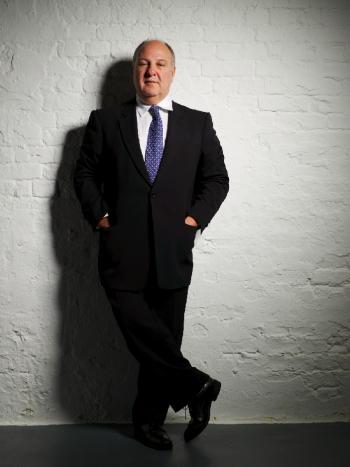 In 1978 Harvey Goldsmith promoted the first major global TV event The Concert for
Kampuchea at Hammersmith Odeon featuring Paul McCartney, Queen and The Who,
which raised over $2 million from worldwide sales to benefit the victims of Pol Pot’s reign
of terror in Cambodia and in 1985, Harvey Goldsmith organized the now historic Live Aid
concert with Bob Geldof which raised £140 million for famine relief in Ethiopia and
became an inspiration for hundreds of similar concert events. In 1996 Goldsmith was
honored with a CBE in the Queen’s Birthday Honours List.

Harvey Goldsmith has received numerous awards in recognition for his contribution to the
music industry including the Chevalier des Arts et des Lettres from the French Minister of
Culture as well as the 15th Music Industry Trust’s Awards (MITS), and has been bestowed
The British Order of Chivalry.

Harvey was the instigator and producer of the Led Zeppelin show in London in December 2007 and in October 2008 Harvey produced ‘Salute Petra’, the official tribute concert to Luciano Pavarotti that was held in Petra, Jordan under the patronage of HRH Princess Haya Bint Al Hussein.

Harvey took over the management of guitarist Jeff Beck in 2008

Harvey is Chairman of the Foundation and Chairman of the Board of The British Music Experience which opened at the O2 Arena in March 2009 and. In September ’09 Harvey produced the Tower Festival in the Tower of London which ran for 10 days.

In April 2010 Harvey was honoured with the International Music Person of The Year for
his outstanding contributions to the Music Industry at the MUSEXPO by the City of West
Hollywood.


In recognition of his outstanding contribution to the institution’s music education, Harvey was awarded an Honorary Fellowship from Ravensbourne, the university sector college innovating in digital media and design in September 2011.

The Lord Mayor of London honored Harvey with The Freedom of The City in November 2011.

In December 2011, Harvey became Event 100 Club’s most influential person in the
Events business. As Chairman of Ignite, Harvey took the agency to new levels in 2011.