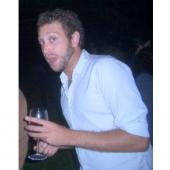 Hulsh also the architect and executive producer of TUNE IN TEL AVIV- Israel's International Music Conference & Showcase, staging several thousands of emerging and established acts and hosting hundreds of the most influential industry and music media in the business for over 5 years now...including the organizers from Glastonbury, Lollapalooza, EXIT, Midi Festival, CMW, Bonnaroo, Primavera Sound, The Great Escape, CMJ, SXSW, as well as editors/founders of Billboard Magazine, Brooklyn Vegan, Relix, Drowned in Sound and many more. TUNE IN TEL AVIV is the most significant music industry event in the middle east taking place every November in Israel's music capital.

As a promoter, Jeremy currently handles all international booking/promotion as SVP of 3A Productions, programing for both club level acts and large scale events. In the past year alone, 3A has staged a diverse line up of worldwide talent including, Incubus, Suede, James Blunt, Gilberto Gil, and he plans to rollout out the "first of its kind" major international hip hop festival in Israel featuring Wiz Khalifa, and others this summer 2016.