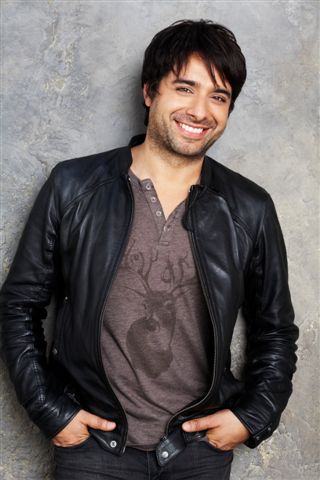 Host of Q on CBC Radio and TV,
CBC Radio / Radio-Canada
Toronto, ON, Canada
Jian Ghomeshi is an award-winning broadcaster, writer, musician and producer. He is the host and co-creator of the national daily talk program, Q, on CBC Radio One and CBC TV. Since its inception in 2007, Q has garnered the largest audience of any cultural affairs program in Canada and has become the highest-rated show in its morning time slot in CBC history.

Jian has presented a number of television documentaries, including The End, Screw the Vote, and Philanthropy Inc., and spent three years as the host of the Gemini Award-winning CBC TV program, Play. He has appeared as a contributor or guest on programs ranging from CNN Today and The National, to Late Night with Conan O'Brien.

As a writer and interviewer, Jian has been published in The Washington Post, The Guardian, The Globe and Mail, The Toronto Star, The National Post, El Mundo and The International Herald Tribune.

As a singer, songwriter, and musician, Jian was a member of multi-platinum selling folk-rock group, Moxy Früvous. He toured internationally during the 1990s and shared stages with a variety of artists including Bob Dylan, Ani Difranco and Elvis Costello. Jian continues to write and produce music through his company, Wonderboy Entertainment, and has managed the international career of Juno-winning electropop performer, LIGHTS since 2001.

He has worked with many arts groups including the National Ballet, the COC and the Radio Starmaker Fund, and he is a former member of the Board of Governors at the Stratford Theatre Festival.

Toronto’s NOW Magazine named Jian “Best Media Personality” in TV or radio, in the fall of 2009. In September 2010, Jian was awarded the prestigious New York Festival international broadcasting Gold Medal for “Talk Show Interview” of the year for his feature length world-exclusive with Leonard Cohen.

Born in London, England, of Iranian descent, Jian lives in Toronto, where he enjoys supporting a losing hockey team and eating pistachios.