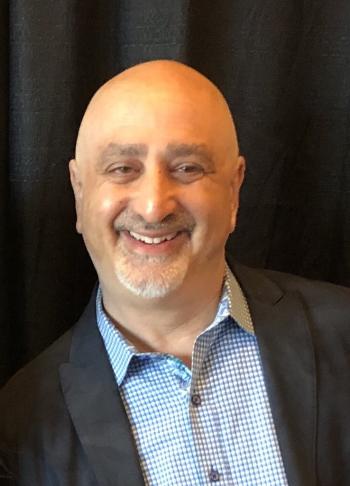 Director, National Promotion Radio,
Sony Music Entertainment Canada
Toronto, ON, Canada
SONY MUSIC Canada’s Warren Copnick is a 30-year veteran of the Canadian Music Industry, who first joined BMG Music Canada (later acquired by SONY) in the summer of 1990.
Following his education at Loyalist College (and jobs at St. Lawrence Broadcasting, Quinte Broadcasting, and The Handleman Company) Warren first joined the music business as a customer service representative in the sales department at BMG, before working his way up within the company. In his tenure with SONY/BMG he has held several positions, including sales rep, regional promotion rep, Manager of National Promotion and he is currently the Director of National Promotion, where he oversees the radio campaigns for numerous International and domestic SONY artists .

In addition to his current role, he led SONY Music Canada’s domestic A&R team from 2014 -2017, overseeing worldwide signings of artists that included Gord Bamford, Aaron Lines and Cold Creek County.
During the course of his career, Warren has overseen the radio campaigns for many treasured Canadian Country artists, including Charlie Major, Michelle Wright, Prairie Oyster, Julian Austin, Carolyn Dawn Johnson and most recently Tenille Townes. Some career milestones that he has prominently had a hand in helping to reach include #1 radio airplay singles for Canadian artists Dallas Smith, Gord Bamford, Carolyn Dawn Johnson and Tenille Townes.
Warren has also been involved in the careers of some of the biggest International stars in Country music, by helping to develop a strong following in Canada for artists like: Brooks and Dunn, Alan Jackson, Brad Paisley, Jason Aldean and Carrie Underwood (just to name a few).
Over the years, Warren has served two terms on the CCMA Board of Directors (he has also twice been awarded the CCMA ‘Industry Person of the Year' award) and he has also been a past chair of Canadian Music Week.
Throughout his career, Warren has supported numerous charities, and in particular he has been a champion (and fundraiser) for organizations like The Canadian Music Therapy Trust Fund and The Princess Margaret Hospital. He also currently serves as a part-time faculty member at Humber College Toronto’s Music Business program.