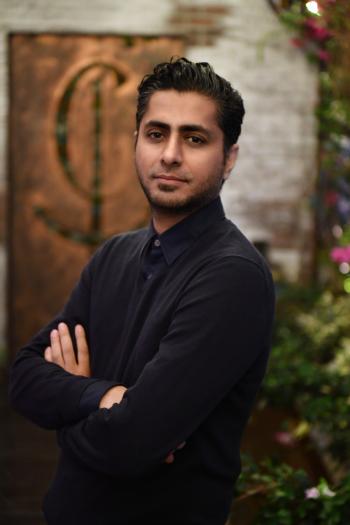 SVP - Creative and A&R,
Reservoir Media Management
Toronto, ON, Canada
As SVP of Creative and A&R at Reservoir, Spek oversees the company’s Creative activity throughout the U.S. His extensive experience as a songwriter and executive overseas allows him to act as a bridge between the company’s New York and London Creative teams, supporting newly signed acts in either location with opportunities for cross -territory collaboration.
Spek began his career as a successful songwriter, recording artist, and producer in his native Canada, and is a former member of pioneering Canadian hip-hop group Dream Warriors, a group that sold over 1 million records worldwide and racked up Top 20 hits in Canada, the UK, and across Europe. In the late ’90’s, Spek relocated to London, where he toured extensively as a member of the multi-million selling jazz-rap crew Us3 and collaborated with Reservoir songwriter Nitin Sawhney on the Mercury Prize-nominated and South Bank Award-winning album, Beyond Skin. As a solo artist, Spek released his album Don’t Sweat The Small Stuff in 2001 to rave reviews and in 2016, he formed a new band, Voo Doo Kids, and committed to putting out one song independently every
month.
In 2005, Spek was appointed UK & European Representative by Olé Media Management, sourcing acquisitions and new business opportunities for the Canadian music publisher out of London. In 2007, Spek relocated to the Middle East where he founded and launched PopArabia, a company that remains the leading music rights company in the Middle E ast, and represents Sony/ATV-EMI, Peermusic, Warner Chappell, Kobalt, and others across the region, based out of Abu Dhabi.
Spek has been a music supervisor on numerous international feature films and documentaries. He is the Founder and Chair of the Middle East Music Publishers Association (MEMPA), a member of the New York Chapter of the Grammy’s Membership Committee and the International Confederation of Music Publishers (ICMP), and was elected and served as Vice-Chair of the ICMP’s Popular Bureau from 2014 to 2016.

ABOUT RESERVOIR
Reservoir is an independent music publisher based in New York City. Founded as a family business in 2007, the company began with a small, experienced team and a modest collection of long-standing hits. Today, with offices in Toronto and London, hundreds of #1 releases worldwide, and writers based everywhere from Hollywood to Hamburg, Reservoir has emerged as the boutique publisher with a global reach.
Diverse and ever-expanding, Reservoir boasts a multi-genre, hit-driven catalog. Its archives include historic pieces written by greats like Billy Strayhorn, Bobby Pickett, David Crosby, Gram Parsons, Irving Burgie, John Denver, and Ricky Lee Jones; the contemporary-classic catalogs of Big & Rich, Lil Jon, Phantogram, and Sheryl Crow; and a slew of current and recent popular hits performed by Ariana Grande, Drake, Lady Gaga, Major Lazer, Meghan Trainor, Tiësto, and several others. Reservoir's collection of film music includes rights to scores created by award-winning composer-producer Hans Zimmer, as heard in the motion
pictures The Lion King, the Pirates of the Caribbean series, Gladiator, The Dark Knight Trilogy, and over 150 other titles. The company’s roster of active writers and producers includes the award-winning James Fauntleroy, Jamie Hartman, Lauren Christy, Ali Tamposi, Dave Bassett, Nate “Danja” Hills, and Statik Selektah, plus popular performing artists 2 Chainz, Young Thug, Joey Bada$$, WatchTheDuck and Migos’ Offset and Takeoff. Reservoir continues to grow through the selective acquisition of exceptional catalogs, and the signing and development of creative talent from around the world.