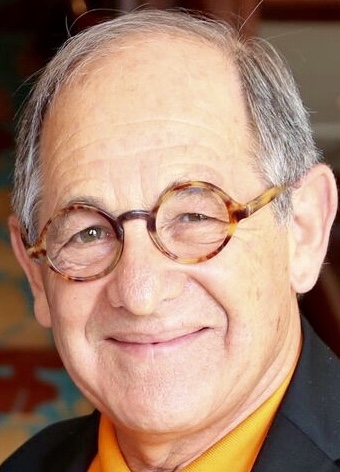 @ralphsimon1
Ralph Simon is acknowledged as one of the founders of the modern mobile entertainment & content industry. Over the last 18 years, he has been a prominent global mobile trailblazer and innovator, helping grow the mobile entertainment, mobile health and mobile content industry, while playing a central role in its impact and presence around the world. Today, mobile is a key platform to reach the over 7.3 billion mobile subscribers worldwide.

In May 2013, CTIA – The Wireless Association, based in Washington, DC, appointed Simon as its official Global Ambassador. The CTIA is North America’s principal wireless and mobile trade association, whose members include all the major telcos, device manufacturers and infrastructure industry players. Simon helps CTIA to expand its spheres of technology & policy influence in North and South America, and in emerging markets and developing countries internationally.

Simon began his career co-founding the Zomba Group of music companies (including record label Jive Records) in the 1970s, building it into the world’s leading independent music and music publishing company. In the early ’90s, he came to the USA & established a media company in SIlicon Valley. In the mid 90’s he was appointed Executive Vice President of Capitol Records and Blue Note Records in Hollywood, and built Capitol Records & EMI’s emerging new media business into a successful and significant global enterprise that established new business models for the record and music publishing industry..

In 1997, Simon correctly predicted that mobile phones would become the indispensable voice/social networking-and-music companion for consumers and their increasingly mobile lifestyles. He created a start-up called Yourmobile and persuaded US and UK music publishers to embrace this new mobile medium by granting what would become the very first ring tone rights. Yourmobile became the first commercial ring tone company in the Americas, Europe, UK, Australia and Africa, and spurred a new and international mobile entertainment industry. By 2003, Vivendi Universal purchased Yourmobile, renaming it Moviso, where Simon remained as an advisor. Today, Simon is popularly known as the ‘Father of the Ring Tone.’

Between 2005 and 2009, Simon served as the mobile producer for three of the highest profile, live global broadcast events in recent history. Live 8, Bono & Sir Bob Geldof’s nine-city global concert, brought mobile connectivity to nine capital cities and an international television audience of over 800,000,000 viewers. This enormous people-powered call-to-action resulted in the G8 countries reducing the debt of the world’s poorest nations. He was also the Mobile Producer of Al Gore’s Live Earth, the world’s first eco-centric global impact event that spanned 10 countries and brought the vital message and visibility of global climate change to a worldwide audience of over 500,000,000 television viewers and online participants. In 2009, Simon was the Mobile Producer for the TED.com’s (www.ted.com) Prize-winning project, Pangea Day, a global multi-platform broadcast featuring short films from international filmmakers, from around the world. By integrating a mobile/SMS layer to all these worldwide events, Simon helped set the standard for integrating mobile technology as an essential element in global television and major global event broadcasting.

Currently, he serves on the boards of several companies, including Hungama Digital Media Entertainment (India’s major mobile Bollywood content producer), and The World Summit Awards and World Youth Summit Awards – the United Nations and its Millennium Development Goals annual global mobile apps competition. Simon is a board advisor to the Wireless-Life Sciences Alliance (San Diego, California), the global leader in the fast-growing wireless connected health industry, and is Chairman Emeritus of the influential Mobile Entertainment Forum – Americas, which he founded. The MEF (www.mefglobal.org) is the global voice of the international mobile content industry.

He also serves on the Global Business Council for Education (GBC-Education) – the GBC came into being at the urging of the Rt Hon. Gordon Brown MP, former British Prime Minister, and now Special Education Envoy for the U.N. Secretary-General, Ban Ki-Moon.

He is a very popular moderator and keynote interviewer at the annual Canadian Music Week conference and gathering, and his astute knowledge of Canadian music, creativity and the music and creative executives who run the leading Canadian and international companies plus his provocative interviewing style always make for compelling sessions he leads at CMW.


Ralph Simon travels the world on a relentless search for the latest in mobile and device innovation, the best new emerging mobile markets’ start-ups, with special emphasis on relevance to Europe, Africa, Asia & the Americas. He has formidable knowledge about ways to deliver mobile content, “social broadcasting” and entertainment and grow the creative industries, and critically, understands what drives “Screenagers” the world over. He is a Fellow of the Royal Society of Arts in the UK and a member of the National Academy of Recording Arts & Sciences in the USA.
[conference-panels year="2020" type="overview" cat=2 testing=0 site=CMW]