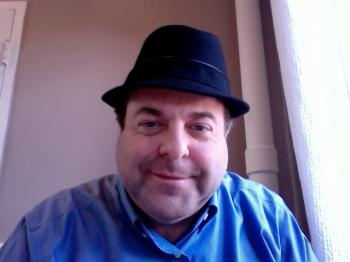 CEO,
Fenway Recordings
Cambridge, MA, USA
Mark Kates has been a central figure in the genre of alternative music since before it even had a name. He has done A&R, promotion, marketing, been both label head and owner, and now is primarily an artist manager. Kates grew up in the Boston area where Mission of Burma’s music inspired him to work for their label Ace of Hearts. From there he moved to Big Time Records in Los Angeles and artists like Love and Rockets, Alex Chilton and the Hoodoo Gurus. His work there led to Geffen Records where he spent 10 1/2 years. Kates created the alternative promotion department eventually segueing to A&R and played a significant role in the development of the Alternative radio format. He signed Beck, Jawbreaker, Elastica, Alabama 3 and others. He brought Sonic Youth to Geffen and A&R’d albums by them as well as Nirvana, Hole, Teenage Fanclub, XTC, Siouxsie and the Banshees, White Zombie and many others as well as co-executive producing the soundtracks for “Beavis and Butt-head Do America” and “Suburbia” Kates left Geffen in 1998 to run Grand Royal Records for the Beastie Boyss and work with them as well as artists like Sean Lennon and Luscious Jackson. In 2001 he returned to Boston and established Fenway Recordings, a music management company. Coincidentally Mission of Burma decided to reunite that year and he again works with them as well as MGMT, Joywave, The Cribs, White Lung, and Doves. As DJ Carbo he is a resident and curator of the Fenway Recordings Sessions, a live concert series produced by Crossroads Presents that has brought more than 300 shows to Boston since 2004 including headliners Diplo, fun., Hot Chip, Echo and the Bunnymen, Dum Dum Girls, Wolfmother, Two Door Cinema Club, MGMT, Hozier, and many more. In 2012 the series was expanded to include a livestream initiative with MTV Hive that has produced livestream initiative with MTV Hive that has produced livestreams with Tegan and Sara, Alt-J, and Cloud Nothings. He had spoken at leading academic institutions from Harvard Law School to UCLA and was recently named to the Leadership Council of Boston Creates, Mayor Marty Walsh’s comprehensive arts planning initiative.