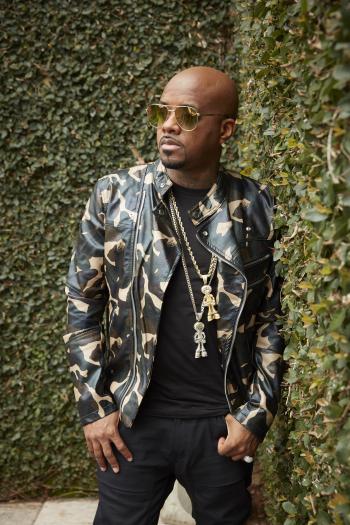 Member of Song Writers Hall of Fame, Artist, Producer, CEO,
So So Def.
USA
Jermaine Dupri has established a prolific career as a hip-hop artist, producer, songwriter, author, DJ and CEO of So So Def Recordings, which he founded in 1989. He has collaborated with artists such as Usher, Mariah Carey, Janet Jackson, Jay-Z, Nelly, Ludacris, Nas, Kanye West, Notorious B.I.G., Lil’ Kim, TLC, Bono, Run DMC, Snoop Dogg, Diddy, Cam’ron, Mase, Bone Thugs-N-Harmony, DMX, Monica, and MC Lyte to name a few.
With over 400 million records sold to date, Dupri, a member of the Songwriters Hall of Fame is one of most successful producers in the music industry. His career milestones include the release of several platinum recordings as CEO of So So Def, winning a Grammy for Best R&B Song, and being honored with an ASCAP Golden Note Award, given to composers and songwriters who have achieved extraordinary milestones. He is one of only a few producers in music history to garner four positions in the Top 10 on Billboard's Hot 100 chart at one time and have the Song of the Decade as one of his credits. He is also the first recipient of the Billboard Otis Redding Excellence Award for his achievements both in and outside the studio.
In 2011, Jermaine launched Global 14, which consists of more than 1,100 groups who share common interests such as fashion, hip-hop, and R&B. Jermaine has been steadily building Global 14’s international presence including expansion into Europe and Latin America. He announced Global 14’s Latin American presence at the 2012 Portada Latin American Advertising and Media Summit.

Jermaine has been the speaker at events such as the Forrester Research Interactive Marketing Summit, Portada Latin American Advertising and Media Summit, and Social Media Week. He has been featured in The Huffington Post, The Independent, and Mashable.
Recently, the Atlanta native entered the television industry as executive producer of the unscripted series “The Rap Game,” which debuted January 1, 2016 on Lifetime and delivered over 1.1 million viewers. “The Rap Game” ran for 5 successful seasons on Lifetime.
In addition, JD had a starring role in the docu-series “Music Moguls,” alongside Snoop Dogg, Birdman and Damon Dash. The show, which follows the lives of these hip hop icons, premiered June 2016 on BET.
Jermaine also serves as Music Supervisor on Growing Up Hip Hop Atlanta.
In addition to his TV ventures, Jermaine regularly DJs around the world and is one of the first hip hop DJs to hold a five-year residency at Wynn Las Vegas.