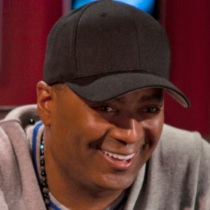 @johnnywrightweg
Johnny Wright has come to be known as one of the foremost music managers of all-time. Through hard work, creativity and a strong sense of commitment he has developed successful ventures in all areas of entertainment, from music management to film and television production.

In 1993, after getting his start with New Kids on the Block and hit dance group, Snap!, Johnny decided to relocate to Orlando, Florida where he formed a relationship with Lou Pearlman and Transcon Entertainment. Two years later, Johnny began managing a local vocal group that had recently been signed to Jive records. Known as the Backstreet Boys, this vocal group blew up in Europe and soon re-crossed the Atlantic to make waves in the U.S. After a lot of hard work and perseverance on everyone’s part, BSB hit the top of the charts, their first two albums going 14X and 13X platinum, respectively.

In 1996, Johnny had the opportunity to hear another Orlando-based vocal group who called themselves *NSYNC, a name made up of the last letter of each group members first name. Immediately recognizing the group’s talent and pop potential, Johnny secured them a deal with Jive Records and started worldwide promotion. *NSYNC quickly became a household name, joining their label-mates the Backstreet Boys as one of the most successful groups in history. Their sophomore album, “No Strings Attached”set a record for selling 1.1 million albums in one day and 2.4 million albums in the first week.

In November 2002, Justin Timberlake released his solo debut, “Justified”. With 2006’s “FutureSex/LoveSounds” and tour of a similar name, Johnny and Justin managed to sustain the momentum “Justified” and secured Justin’s role as a global superstar. “FutureSex/LoveSounds” has sold over seven million copies worldwide and inspired 100 date North American and European tours. Johnny also masterfully guided Justin through his third solo release, 2013’s two-part “The 20/20 Experience”, setting new worldwide records and creating a now legendary marketing campaign with international brand partners like Target, MasterCard and Anheuser-Busch. Soon after, they launched the highly anticipated tours, “The Justin Timberlake and JAY Z Legends of the Summer Tour” and “The 20/20 Experience World Tour”.

In August 2006, Johnny and Wright Entertainment Group introduced the Jonas Brothers to the world. Teen brothers Nick, Joe and Kevin Jonas, collectively known as Jonas Brothers, have since made their place in pop music with two number one albums, sold out arena tours, a TV show and several movies. Their 2009 North American tour sold over 850,000 concert tickets within 48 hours of going on sale. Since then they have produced a 3D movie and two “Camp Rock” movies, which inspired a subsequent 2010 tour. Johnny has since helped both Nick Jonas and Joe Jonas individually launch successful solo projects and continued to work with all three brothers on their 2013 album release, as well as executive produce “Married to Jonas” on E! Network.

P. Diddy has called on Johnny several times for his experience and expertise, initially on MTV’s “Making the Band 3” and then MTV’s series “P. Diddy’s Starmaker”. After three seasons on MTV as the 1 rated show in its time slot for ages 14-34, MtB3’s “Danity Kane” released their self-titled debut album to a legion of anxious fans. The album launched on the Billboard charts at 1 and quickly sold 1 million with Aubrey O’Day as she relaunched her music career. She starred in Oxygen’s “All About Aubrey”, the highest rated freshman series premiere in Oxygen history in Spring of 2011, and later appeared in NBC’s “The Apprentice”. At the 2013 VMAs, Johnny was excited to be a part of Danity Kane’s announcement of a reunion to finish what they had started with Diddy, releasing new music and pursuing exciting new opportunities once again as “Danity Kane”.

Johnny has also worked with record-breaking artist/producer/songwriter Akon, and multi-platinum selling artists Janet Jackson and Ciara. In 2012, he began to help globally recognized creative director Laurieann Gibson, whom he first met as the choreographer on MTV’s Making the Band, further develop her already polished brand. Laurieann has worked with today’s top artists, from P.Diddy and Alicia Keys to Katy Perry and Nicki Minaj, and is well known for her creative work behind Lady Gaga. Starring in several TV shows in 2011 including “The Dance Scene” on E! and “Born to Dance” on BET, Laurieann’s star has only truly begun to rise. As the artist “Harlee”, Laurieann Gibson released her debut single “Dream Warriors” in 2014.

On the big screen, Johnny leant his talents as executive producer for the Paramount/MTV film starring Britney Spears, “Crossroads”, as well as the Miramax film, “On The Line”. He’s also produced and appeared on NBC’s “Fame”, and multiple HBO concert specials.

In addition, Johnny built many new artist relationships in 2014. His company, Wright Entertainment Group, signed multi-platinum selling band Incubus and international superstar Agnez Mo to round off his roster of A+ level acts and developing talent. The company’s full roster can be viewed at www. WEGMusic.com

Johnny Wright lives in Orlando, Florida, where he continues to focus on faith and family and to build on an already remarkably successful career.