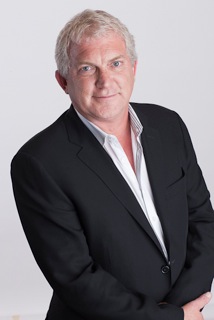 John is credited with having changed the landscape of Las Vegas entertainment forever when in 2003
Concerts West/AEG Live introduced the successful resident headliner model that began with Celine Dion and her show A New Day... at The Colosseum at Caesars Palace. The spectacular show played a landmark five year run with 717 performances that played to nearly 3 million people.

Since A New Day... John continues to bring the world's greatest entertainers to The Colosseum in Las Vegas including Bette Midler, Cher, Rod Stewart and his show The Hits along the triumphant return of Celine Dion. John is also credited with securing Shania Twain’s return to the stage to perform a two-year residency show that begins December 2012 titled STILL THE ONE.

AEG Live is also the exclusive promoter at the new Joint at the Hard Rock Hotel & Casino. Under John’s watch the venue is now upgraded and doubled in size. The new Joint re-opened in May of 2009 with an all star opening run of concerts by Paul McCartney, The Killers, Kenny Chesney and was the home to the two year run of Carlos Santana’s Supernatural Santana – A Trip Through the Hits which marked the first Rock Residency in Las Vegas.

John's long-term approach to strategic business development in emerging markets continues in Asia and South America. John’s vision to develop untapped markets and bring world class entertainment to Asia is a reality now with the opening of both the MasterCard Center in Beijing and Mercedes Benz Arena in Shanghai. AEG Live’s John Meglen and AEG China are successfully promoting both artists and family shows throughout China including Beyonce, Usher and Walking With the Dinosaurs. 2010 marked AEG Live’s first full scale tour across Latin America with The Black Eyed Peas.

Prior to Concerts West, John served as the President and Founder of Pace Touring, which was sold to SFX Entertainment in 1998, where he promoted tours by Fleetwood Mac, and Michael Crawford, along with the George Strait Country Music Festivals. He also produced and promoted the successful 1997 and
1998 Ozzfest with Ozzy Osbourne, which has become an annual franchise.

From 1990 to 1996 John was Director of Touring for BCL Entertainment in Toronto where he launched tours for Pink Floyd, Paul Simon, David Bowie and Nine Inch Nails along with Disney Symphonic Fantasy and the successful Rolling Stones’ “Steel Wheels,” Voodoo Lounge” and “Urban Jungle” tours.

John started his music industry career in Seattle, WA with more than a decade at Concerts West, Inc., the leading North American event promotion company of the time. Honing his renowned skills at Concerts West, Inc., John worked his way up to Executive Vice President on such tours as The Beach Boys, Bad Company, the Jackson’s, the Commodores, Three Dog Night, Warrant, The Moody Blues, John Denver and Neil Diamond.

John lives with his family in Los Angeles, California.