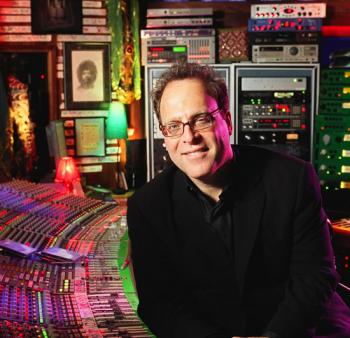 Worldwide Executive, Music President,
Artwerk Music Group Electronic Arts
Los Angeles, CA, USA
Steve Schnur was born outside of New York City. At age 7 he began to study guitar, piano, composition, production and arrangement at Carnegie Hall. By the time he attended college he became a full time intern at MTV in its earliest days where he helped to influence the programming decisions behind the debuts of Madonna, Michael Jackson, The Cure, Motley Cure, amongst many others. He went on to hold various
executive positions with the Warner Music Group, EMI and BMG, and was behind the debuts of artists ranging from Metallica, Sarah McLachlan, Bjork and Coldplay. Steve went on to work as music supervisor for Sandra Bullock’s production company, Fortis Films, where he supervised and produced music for the hit comedy MISS CONGENIALITY (which garnered a Golden Globe nomination for best original song).

Steve is currently the Worldwide Executive and President of EA Music Group for Electronic Arts where he has been responsible for the launch of artists ranging from Thirty Seconds to Mars, to Katy Perry, including his production of Florence + the Machine’s “I’m Not Calling You A Liar”. His hands-on approach with composer selection and score production has earned EA over 50 soundtrack nominations over the last 10
years in which Steve has produced over 100 EA soundtrack albums. With the formation of Artwerk Music Group, through which EA now directly signs, develops and launches artists for publishing, master recordings, sync deals and distribution, Steve, as its President, has signed alternative breakthroughs Matt and Kim, Chromeo, and Ladytron, amongst others.

Steve has been profiled by the New York Times, London Financial Times and CNN. Additionally, he was selected as “One Of The Most Creative People In Entertainment” by Entertainment Weekly, both “One of the Most Powerful People in the Music Business” and “One of the Top 20 Power Players in Digital Entertainment” by Billboard Magazine and “One of The Top 25 Power Players in the new Hollywood” by The Wall Street Journal. In 2009 he was awarded “International Music Person of the Year” at MusExpo’s annual
music conference in Hollywood.

Steve Schnur is also a board member of City Of Hope, a voting member of the National Academy of Recording Arts & Sciences (NARAS), a board member of the Country Music Association and served as both Chairman and Chairman Emeritus of the Grammy Foundation. In December of 2009, Schnur received the ACLU “Bill of Rights” Award alongside Robert Redford, Michelle Satter and Cara Mertes of the Sundance Institute and Film Festival. In 2011, Steve produced the number one Billboard dance chart hit “Dance On” and top five Billboard dance chart hit “Undivided”, featuring Snoop Dogg. Additionally on Grammy day in 2012, Steve received the Music Supervisor of the Year Award from the Guild of Music Supervisors.