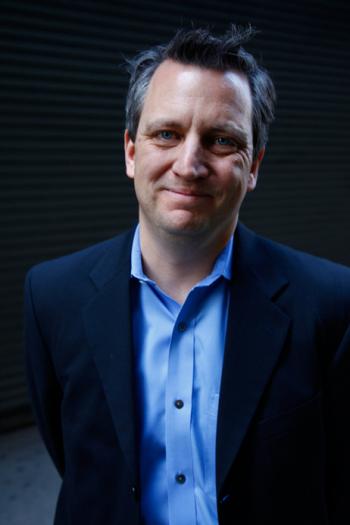 Co-Founder,
Music Policy Forum
Washington, DC, USA
Michael Bracy is an advocate, strategist and connector in Washington, DC. A partner in the Public and Government Affairs firm Bracy Tucker Brown & Valanzano, Michael has worked on a wide range of public policy issues including telecommunications, media, energy assistance and urban policy. As cofounder of the Future of Music Coalition he was central to expanding and protecting noncommercial radio, holding the line on commercial media consolidation and elevating net neutrality as a widely recognized public policy concern. An expert at the intersection of culture and policy, Michael has represented and advised a wide range of leading arts and cultural institutions including NPR, American Ballet Theatre, Fractured Atlas, Colorado Creative Industries, the International Documentary Association, National Endowment for the Arts, City of Albuquerque and Native Public Media. He presents often at conferences and in the media. Michael stepped down from his leadership position at the Future of Music Coalition in 2015 to focus on two new initiatives: Policy in Focus and the Music Policy Forum.

Policy in Focus is a specialized consultancy that works with documentary filmmakers and their teams to maximize their effectiveness in the Nation’s Capital. Policy in Focus recognizes that each film and filmmaker approaches Washington with widely different films and priorities; it is Policy in Focus’ role to understand the filmmaker’s goals, ambitions and resources to develop and implement a customized strategy intended to meet the projects’ needs. Working with a wide range of films, Policy in Focus utilizes a tool kit including direct engagement with policymakers, coalition building with advocacy networks, mentorship with other filmmakers and activists and large or small scale screenings. Policy in Focus integrates with broader public relations and impact plans to ensure any engagement in Washington takes place with strategy, intentionality and purpose.

The Music Policy Forum provides advocacy, strategy and connections for policymakers, advocates, artists, academics, nonprofits and industry leaders working at the intersection of music and public policy. Working off the philosophy that a healthy and sustainable music ecosystem requires active collaboration across public, philanthropic and private sectors, the Music Policy Forum aims to strengthen networks and facilitate innovative partnerships through conferences, retreats and other convenings. We also resource governments, advocacy groups and nonprofits who are eager to understand how their mission intersects with the music community through strategic planning and issue-related campaign work. The Music Policy Forum looks to build off the legacy of the Future of Music Policy
Summit, including co-hosting the first US-based Music Cities Convention in 2015 and the Building the Music Capital conference in 2016.

Michael is a graduate of Georgetown University where he serves as Music Industry Advisor/Lecturer. He is a co-founder and co-owner of Misra Records, and independent record label that has released 95 albums over the past 19 years.