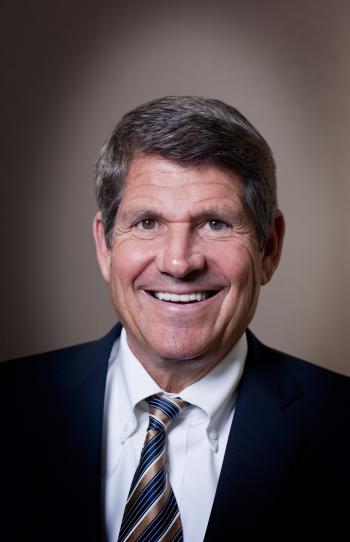 Widely recognized as one of the most visionary leaders in the radio industry, Jeffrey H. Smulyan serves as Founder and Chairman of the Board of Emmis Communications Corporation, an Indianapolis–based radio and magazine publishing company with operations in nine U.S. markets.

Smulyan formed and became principal shareholder of Emmis in 1980. A public company since 1994 (Nasdaq: EMMS), Emmis owns and operates 19 FM and 4 AM radio stations in the nation’s largest markets and city/regional magazines, including national titles Texas Monthly and Los Angeles. Emmis owns the two top hip-hop brands in the world, KPWR Power 106 in Los Angeles and HOT 97 in New York City.

A former director of the National Association of Broadcasters and former Chairman of the Radio Advertising Bureau, Smulyan served as past chair of the Central Indiana Corporate Partnership, a consortium of CEOs from central Indiana’s largest corporations, and sits on the Board of Trustees of his alma mater, the University of Southern California. He is a member of numerous civic boards and committees. As principal shareholder, he led a group that purchased the Seattle Mariners baseball team in 1989, selling the club three years later. During that time, Smulyan served on the Major League Baseball owner’s Ownership and Television committees.

Smulyan’s leadership has been recognized by the American Women in Radio and Television’s Silver Satellite Award, the National Association of Broadcasters’ National Radio Award, Radio Ink’s “Radio Executive of the Year,” the American Women in Radio and Television’s Star Award, the Sagamore of the Wabash, and the Entrepreneur of the Year Award from Ernst & Young. The radio industry newspaper, R & R, voted Smulyan one of the 10 most influential radio executives of the past two decades. He has been inducted in the Broadcasting & Cable Hall of Fame and the Indiana Business Hall of Fame. The Broadcasters’ Foundation honored him with its Golden Mike Award in recognition of his charitable efforts. In 2013, Smulyan was named a “Giant of Broadcasting” by the Library of American Broadcasting. Emmis was named one of FORTUNE magazine’s “100 Best Companies to Work For,” a point of particular pride for Smulyan, who believes that creating a vibrant, collaborative company culture is critical to success.

In 1994, Smulyan was named by The White House to head the U.S. Delegation to the Plenipotentiary Conference of the International Telecommunications Union. As a United States Ambassador, he represented the U.S. in various bilateral meetings, negotiating a landmark agreement between Israel and the PLO.