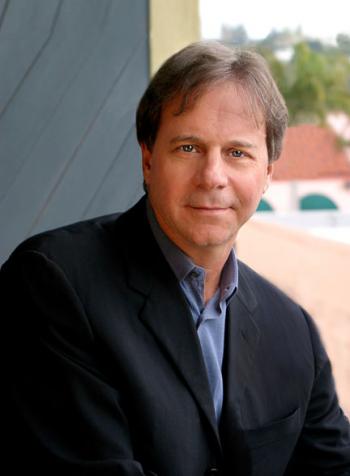 @Jeff_Pollack
Jeff Pollack is an American music and media consultant. He is currently the CEO of Pollack Media Group, which is an international media + music consultancy that specializes in connecting content and distribution partners with consumers. Pollack Media has experience on every continent in television, music, live events, artist strategy, film, radio, print, and digital media.

As a program director, Pollack resuscitated the long suffering WMMR transforming "the troubled station into a rating winner and made a name for himself across the country. In an interview with WYSP, Howard Stern and Spike Eskin eulogized the glory days of Philadelphia's FM stations. During the interview, Stern named Pollack as one of the many legends of WMMR.

In 1981, Pollack went on to create his own company, which has grown to include clients as diverse as MTV, VH1, CMT, Spotify, SFX Entertainment, Delta Airlines and Smithsonian.

As a producer, Pollack has participated in some of the largest music and charity events of the past decade including U2/Green Day's Music Rising performance at the NFL's reopening game at the Superdome, Live 8,Live Aid, Live Earth, Movies Rock the 2002 Salt Lake City Olympics, the 70th Anniversary of the Apollo, and many others.

As a music supervisor, Pollack has worked on over thirty films, four of which received Academy Award nominations for Best Original Song. The most recent, Crazy Heart starring Jeff Bridges, went on to win the award.

He also is one of the founders of the Big Bang Conference, a gathering of industry leaders focusing on the latest developments in the digital media and music space. Past speakers have included Eddie Moretti (Vice Media), Jason Hirschhorn, Brian David Johnson (Intel), David Jones (Shazam), and Thomas Goetz (Wired).

In a Yale Daily News interview, Pollack reflected on his beginnings in the industry stating: "I got into the business because I love music and I had to learn early on that there was a difference between what I liked and what was going to be popular."

Pollack was a guest lecturer at Yale University's 2011 Master's Tea, where he discussed his recent Huffington Post contribution entitled: "10 Bands That Shook the World". In it, Pollack lists the bands that "either pioneered or popularized" music for an entire generation. U2, The Beatles, Nirvana, and The Grateful Dead were among those mentioned. The list sparked a slew of debates as to what bands truly left a lasting mark on society. "It's not like it's only my opinion that matters — it's there to invite debate," Pollack remarked.

Pollack is also a frequent contributor to The Huffington Post. In his blogs, Pollack gives insight on the ever fluctuating music industry, reviews new music, and highlights upcoming concerts with his "Live & Dangerous" series.

Pollack joined his music industry peers in lamenting the loss of Apple CEO Steve Jobs. Pollack was quoted in the Los Angeles Times as saying "[Jobs] took the music business away from the labels and focused on the user's experience."

Jeff is a producer on the upcoming Alex Gibney-directed HBO film about Frank Sinatra 'All or Nothing At All’. He also served as an associate producer on the film Glen Campbell "I'll Be Me", which featured two Grammy winning songs, including "I'm Not Going to Miss You” which has also been nominated for an Oscar for Best Song. Most recently, Jeff has moderated several industry panels including Digital Music Forum, SXSW and is giving a keynote speech at Canadian Music Week in May.