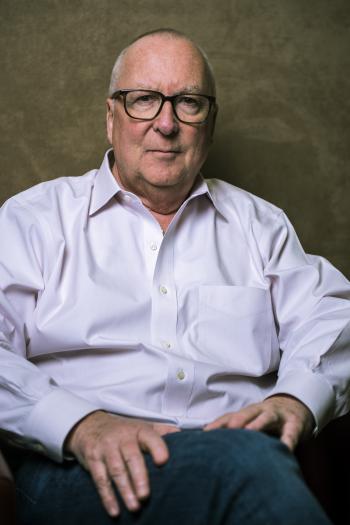 @theagencygroup
Neil Warnock is Head of Worldwide Music at premier global talent and literary agency United Talent Agency and former president and founder of The Agency Group, one of the world’s foremost entertainment booking agencies. Under his guidance, The Agency Group operated five international offices with nearly 100 agents, a staff of over 220, and a combined roster of more than 2000 celebrated musicians, speakers and authors. In 2015, United Talent Agency acquired The Agency Group, combining it with UTA’s existing music practice to form UTA Music.

Neil Warnock and UTA Music believe in their artists above anything else. Their focus is seizing opportunities so clients thrive—developing long-term careers and focusing on maximizing their full potential as opposed to short term hits. “Lack of investment in long-term careers combined with short-term thinking has been an area of definite concern for the music industry going forward,” according to Warnock.

UTA Music are not a faceless accounting set-up with a veneer of music/promotion in the shop window. Whilst the others compete for ever smaller margins in one-off events, Neil does what he always does, thinks long-term. He is ceaseless in his quest in building a classic British brand, brick by brick, based on core values and quality. What is good for the artist’s career benefits everybody involved in the long-run is his mantra, and it’s served him brilliantly in what has been one of the UK’s most outstanding music industry careers.

Warnock’s career spans over five decades during which he has represented of consulted on many of history’s most influential musicians including the Rolling Stones, Pink Floyd, Johnny Cash, Simon & Garfunkel, Dolly Parton, and Michael Jackson. As well as newer artists such as Nickelback, Katie Melua and Caro Emerald. There have been many notable coups, not least of which being the confirmation of a headlining slot for Dolly Parton at the world famous Glastonbury festival in 2014. Warnock doesn’t get side-tracked by celebrity; he is all about the music and securing Dolly such a prestigious placing at a festival noted for its cool factor epitomizes his focus on quality.

At the age of 15 Londoner Warnock left school to become an apprentice printer and instead launched his career as an agent. In his spare time, he worked with many of London’s semi-professional bands booking their shows at colleges and universities in the area. Over-time he quickly became a force within the college booking circuit. Soon thereafter, he opened his own booking agency, South Bank Artists, which came to manage a majority of bookings for all of the major colleges and universities in and around London, with artists such as Pink Floyd, Tyrannosaurus Rex, Soft Machine and Jethro Tull.

Within two years of opening South Bank Artists, Warnock was recruited by NEMS Enterprises, the legendary home of The Beatles, where he became the Directory of Contemporary Artists at age 25. In 1973 he joined The Bron Agency as Managing Director. In 1981 he bought out the company and changed its name to The Agency Group.


Neil’s timing was impeccable. He recalls, “This was a great time for musicians. Until then the promoters were in charge. The bands were only getting a small fee, but in the Seventies the power of the musicians became stronger and they started getting fees they deserved.”

As CEO of The Agency Group, Warnock implemented an unconventional boutique like strategy where agents represent specific acts for the whole of their career, rather than having specific agents represent each act in definite territories.

Warnock continues international trailblazing in the industry and has had significant success in booking tours in established and emerging markets, including Asia, South America, and Eastern Europe. Among his many unparalleled achievements are Michael Jackson’s tour in India, the Rolling Stones’ tours in South East Asia and two European tours, and Pink Floyd’s tour in Russia while the iron curtain was still in place.

The company’s talent pool includes the full spectrum in artist development, including emerging artists, artists at the pinnacle of their careers, and legends in music.

Outside of UTA, Warnock is actively involved with the Nordoff Robbins music charity where he sits on the Board as Chairman of Fundraising. He is also a member of the Country Music Association Advisory Group.