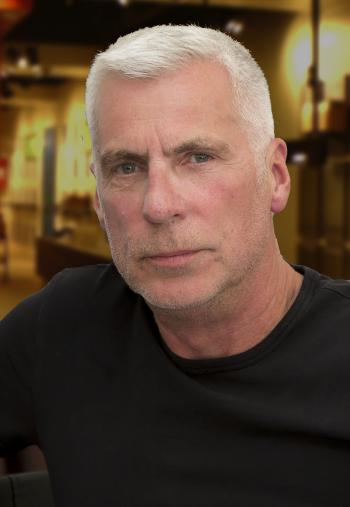 Agent/Promoter,
Solo Agency
London, UK
John Giddings took the classic route into live music and along the way became one of the biggest and best known agents and promoters in the world.

Responsible for many of the most high profile tours of recent years including The Rolling Stones, Madonna, Genesis, Celine Dion, Iggy Pop and David Bowie, John also revived the Isle of Wight Festival, the Woodstock of Europe.

John graduated from Exeter Uni in the 70s, having learned the basics of booking bands as a social secretary, before becoming an agent at MAM. He was in the right place at exactly the right time, as a new wave of fantastic live bands appeared in the form of punk rock.

In no time, Giddings was representing The Adverts and X-Ray Spex before moving onto The Boomtown Rats, The Ramones and Iggy Pop. In the early 80s he formed TBA International and worked with Paul Young, Alison Moyet, Big Country, Howard Jones, Tears for Fears and Duran Duran. In 1987, Giddings literally went solo - forming the Solo Agency Group!

His ascent from massively respected British music agent to global touring legend was meteoric. Soon, he was a key player in the world of global stadium tours.

The Isle of Wight Festival however is something else, a personal crusade.

In common with many young music fans, 16 year-old Giddings had packed his tent, rolled up his sleeping bag and made his way to the legendary Isle of Wight Festival in 1970. He saw some of the most influential acts of all time including The Doors, The Who, Joni Mitchell, Free and the amazing Jimi Hendrix. The festival hit the headlines in 1969 when the reclusive Bob Dylan made a surprise appearance in front of an estimated half a million people. Something big was going on above and beyond the music itself and a new way of presenting music to a contemporary audience was taking root. Giddings took note of the exciting developments and the germ of an idea began to take shape. Many years later he was able to realise his lifetime dream/ambition to make the Isle of Wight famous again for something other than yachting regattas.

The first Isle of Wight Festival line-up saw two of the greatest British acts of all time headlining - The Who and David Bowie. It couldn't have been a better start, but not content to rest on his laurels, John created a stellar supporting line-up and put in an incredible amount of time and energy into ensuring that the experience was great for the fans. Everything down to catering, staging, transportation was thought through with artists and fans in mind. As any great promoter will tell you, the devil is in the detail; John lived and breathed the Isle of Wight Festival so much so that it became indelibly stamped with his personality.

The sight of John rocking around the festival on his golf buggy is a familiar and reassuring sight to the fans who return year after year. Along the way, they have been treated to some amazing performances from the world’s greatest artists, including The Rolling Stones, Foo Fighters, Jay Z and Neil Young. The event has grown in both stature and calibre and is now as much part of the British calendar as Wimbledon and the Proms.

John, who is married to Caroline and has four daughters, is both enigmatic and self-effacing. His wit and humour are legendary, but for all that he has largely avoided the spotlight, being prepared to let the music do the talking. Inevitably, as he has become more and more of a central figure to the whole of the Isle of Wight Festival, that anonymity is harder to preserve.

John, who is a Formula 1 fanatic, is an astute businessman and surfs his way between corporate business and rock and roll with sharp skill. He has worked with the most powerful people in the world of live music, notably Live Nation. As much as his individual personality is stamped over everything he does, he is also aware that no man is an island…. even if it is the Isle of Wight!