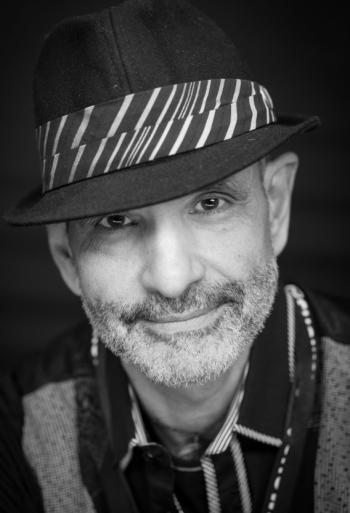 President,
Entourage Talent Associates
New York, NY, USA
Entourage Talent Associates’ owner, principal, and entrepreneur Wayne Forte is a seasoned and well experienced veteran of the music industry, having achieved major success milestones by age 26, opening his first privately held business at 30 and booking and developing artists beginning with small clubs and quickly progressing them to sold out arenas and stadiums, on a worldwide basis. Through all the years and successes, Forte’s philosophy has never changed; to look for music “with [an] identity that seems to open up new side roads” and “people who set trends”, not follow them.

Born and raised in New York, Forte began booking student association concerts while enrolled at North Carolina State University, where he went to get a degree and start a career in a world away from the music industry entirely, so he thought. Instead, he re-discovered his inner-music-self, which he had buried in the attic with his old guitar.

Straight out of college, Forte started his career in the 70’s, soon landing at one of the first full-service powerhouse agencies, Creative Management Associates (CMA), where he quickly took on the representation of young musicians and bands, creating longstanding relationships with artists, managers and promoters. From this foundation and following the company’s merger with another large music, television and theatrical agency (International Famous Agency – IFA) Forte was able to further develop his knowledge, skills, and relationships at the new company, International Creative Management (ICM). During this period he represented then-fledgling artists Hall and Oates, Chick Corea and Return to Forever, Weather Report, Billy Cobham and the now-legendary British rock quartet Status Quo, as well as beginning a relationship with a soon-to-be worldwide mega-star named David Bowie.

Within a few years, and just prior to his move to the world-renowned William Morris Agency (WMA), Forte had set his sights on signing the best of what was then termed “punk” or “new wave”, music that most music agents had no interest in. While at WMA, his conviction to ‘make something happen’ at almost ‘whatever cost’ was so strong, Forte flew to England against department management approval, to recruit and eventually sign a UK underground fledgling band, virtually unknown to the masses in the U.S – The Clash. Having done so was a blessing and a curse; he then had his work cut-out for him, having convince promoters to ‘take a risk’ on a less than popular band with no track record what-so-ever outside the U.K. But, the risks paid off when the 1978 Give ‘Em Enough Rope Tour virtually sold out, surprising nervous American promoters and record executives alike.

In a short time, Forte added to his personal roster Tom Petty and the Heartbreakers, Iggy Pop, Joe Jackson, The Cure, The Stranglers and The Jam, to name a few, and was later tapped to be head of WMA’s East Coast Music Department, until this time (and perhaps until this day) the youngest to have been chosen to do so.

With visions of taking a different approach to the business of booking Artists and developing careers, Forte and a fellow WMA agent, the late and great Michael Farrell, took a gamble on themselves, a few clients and their vision, risking all they had (literally), to start their own agency: International Talent Group. Born in 1981, ITG was committed to breaking new artists and establishing and maintaining long-term careers. Within a year, ITG represented some of the hottest talent in the industry including but not limited to: Duran Duran, The Jam, Joe Jackson, Killing Joke, The Clash, The Vapors, The Cure, Depeche Mode, Adam and the Ants, David Bowie, Peter Gabriel, Genesis, King Crimson, Billy Idol, etc., etc., etc., bringing most of theses artists to North American shores for the very first time.

Growing by leaps and bounds, in 1983 ITG not only booked, but also co-produced David Bowie’s world renowned Serious Moonlight Tour – said by many to have been the artist’s most successful tour to date (and certainly resulting in the artist’s best selling album of all time) – playing arenas and stadiums throughout the world. But why stop there? Soon followed Forte and ITG, again, co-produced 1985-86 worldwide Glass Spider Tour, performed predominantly in stadiums with (then) state of the art large-scale concert/theatrical production, and in 1987 Duran Duran’s worldwide Strange Behavior Tour, which played stadiums in Europe and Japan as well as multiple arena shows throughout the rest of the world, including Manila, Hong Kong, and Taiwan. In addition to these ground-breaking activities, Forte continued to sign clients both domestically and internationally, including Howard Jones, The Psychedelic Furs, Joe Satriani, Sade, Paul Young, Radiohead, Yazoo, Scandal, Erasure, Eric Johnson, Spandau Ballet, Midge Ure, (the legendary) Power Station, Sarah McLachlan, Candy Dulfer, Simply Red, The Blue Nile, among many others, most on a worldwide basis.

The successes continued over the next ten years with many more ITG stadium and arena tours throughout the world, for clients The Cure, Depeche Mode, Genesis, Pink Floyd, Phil Collins, Roger Waters, David Bowie, Red Hot Chili Peppers, and Robert Plant, among others, as Forte honed his expertise in foreign negotiation, planning and booking tours outside the U.S. as well as domestically; while at the same time establishing and overseeing multiple joint ventures for the ITG business. One of the most successful of these ventures was with the Labatt Entertainment Group, enabling the once fledgling agency and the ‘partners with an idea’ to realize many of their long term goals, including the establishment of offices in both Los Angeles and London.

After twelve years as CEO and President of ITG, having been responsible for signing more than 50% of the agency’s eighty, or more, clients, Forte resigned his position, sold his ownership and left the ITG partnership to set up a more personalized agency and consulting firm, Entourage Talent Associates, Ltd.; focusing his knowledge and expertise on introducing talented young artists to the business and helping to develop their international success, while at the same time helping to grow and maintain the careers of established artists and longtime clients, as he has continued to do for the past 15 years. And the rest, as they say, is history!