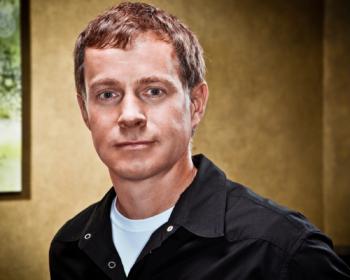 CEO & Co-Founder,
Nettwerk Music Group
Vancouver, BC, Canada
Terry McBride is the current CEO and one of three founders of the Nettwerk Music Group, which includes Nettwerk Productions (Canada’s largest independent record label), Nettwerk Management (artist and producer management), Nettwerk One (publishing), and Artwerks (graphic and fashion design). Founded in McBride's apartment in 1984, Nettwerk has corporate offices in Vancouver, Boston, Los Angeles, New York, Hamburg and London. Since its inception, Nettwerk has released over 600 different albums and sold over 160 million albums worldwide with such renown artists as Avril Lavigne, Coldplay, Dido, Fun, Family of the Year, Wanting, Passenger and Sarah McLachlan. In the past few years McBride has spoke at dozens of international conferences about social marketing, digital branding, intellectual property rights and the future of music consumption. In 2008, McBride co-authored a paper for the British University of Westminster’s “Musictank” entitled Meet the Millennials that became a marketing template for musicians in the digital space. In 2004, McBride stepped onto a yoga mat for the first time by way of recommendation from a friend, and it wasn't long before he realized that yoga offered him more than just a flexible body and mind. Acting on this realization, McBride along with his friend and yoga instructor, Lara Kozan, launched a chain of wellness centers called YYoga. It's McBride's vision for YYoga Studios to evolve into social third spaces, focusing on health and wellness for the body, mind, spirit and the community. McBride’s latest endeavor combines his two principle passions in the re-launch of Nutone Music. Encompassing music from the realm of devotional chant, world beat and beyond, Nutone is dedicated to the development of a new genre within today’s musical landscape. McBride explains, “Nutone's mission is to seek out what we feel is the best music that fits into the modern day Yoga studio, various wellness practices and everyday enjoyment of music. With many descriptions from World music to Chant to New Age to Mantra music, Nutone will demystify and clarify for listeners a brand that will be consistent in delivering quality albums.” At the 2003 Juno Awards Terry received the Walt Grealis Special Achievement Award, recognizing an outstanding individual who has contributed to the growth and advancement of the Canadian music industry. Terry has also twice been awarded the Pollstar Industry Award for Personal Manager of the year for his work with Sarah McLachlan (1997) and Avril Lavigne / Coldplay (2002).