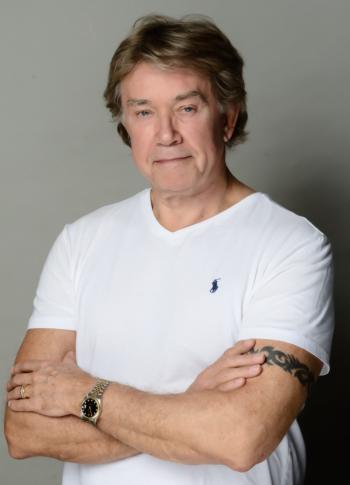 After graduating from College in London, England, he came to Toronto in 1967, and spent three years at the tail-end of the folk music “boom” running Grumbles, a coffee house that featured major names including a young Bruce Cockburn, Ian & Sylvia, Gordon Lightfoot, B. B. King, and a memorable week-long double bill with the late Jim Croce and Randy Newman.

He then moved into international management with artists as varied as Martha Reeves, Jr. Walker, Triumph and Long John Baldry, worked briefly with RCA Records as Ontario promotion manager, before becoming VP promotion and A&R manager at GRT Records.

Dixon then spent a five-year period as one of Canada’s most influential talent bookers, buying talent first for the El Mocambo in its glory days as the most important live music venue in the country, and then at the Ontario Place Forum, when he introduced the first major pop concert acts to the venue.

A four year period in the early ’80s saw Dixon in a new role, as co-owner and president of Solid Gold Records, an independent label that garnered 27 gold and platinum records — for such artists as Triumph, The Good Brothers, Chilliwack, Headpins, and Toronto — in less than five years.

In 1985, Neill Dixon opened an “umbrella company” he named Charttoppers, to allow him to handle a wide variety of different functions in the music industry, including record promotion, event production, television production, sponsorship organization, and numerous consulting assignments.

Working with the Juno Awards, Molson Breweries, Pepsi-Cola, Ontario Lottery Corporation— among dozens of others — he devised and executed countless music marketing promotions.

Neill Dixon’s involvement with Canadian Music Week began in 1983 as programme director of an annual music business conference organized by The Record. In 1993 he took over the event and added a new music showcase festival called Canadian Music Fest now running it under the auspices of the Canadian Association for the Advancement of Music & the Arts (CAAMA).

In the last decade, Canadian Music Week’ has become the most important single event in this country’s music industry. It has attracted an “A list” of speakers — from Sir George Martin and Clive Davis to Alice Cooper, Moby, Lionel Richie, David Crosby and Gene Simmons.

The event offers a number of complementary components. In addition to the Executive Conference, and festival, in recent years Neill has introduced a number of Canadian awards shows, a film festival and new talent searches as well as a music, education and careers fair called TuneUp. Neill has also put his extensive world wide database to good use by passionately promoting Canada’s best export ready artists and built CMW’s importance as an export development engine. This year’s Spotlight on France and Focus on Italy serves to open new markets and sales opportunities for music companies worldwide.

The country’s largest internationally-targeted new music festival, Canadian Music Fest builds new fan bases for Canadian artists and offers reciprocal opportunities for artists from other cultures. As Neill puts it “It is our mission to build bridges of trade and culture between Canada and the world.”