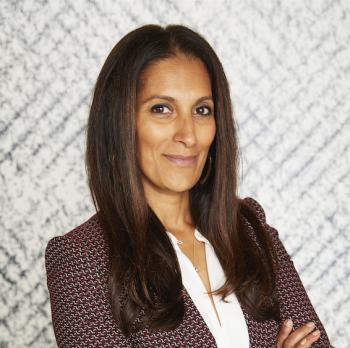 President,
StubHub
San Francisco, CA, USA
Sukhinder Singh Cassidy is a leading digital executive and entrepreneur with 20 years of leadership experience scaling and founding companies, including Google, Amazon, Yodlee, Joyus, Polyvore, and theBoardlist. She is currently President of StubHub, the world’s largest ticket marketplace with tickets available for over 10 million live sports, music and theater events in more than 40 countries, and an eBay company. Sukhinder also serves as a public board director at Urban Outfitters and previously served as a board member at Ericsson, TripAdvisor, J.Crew, and Stitchfix, as well as an advisor to Twitter.

For her work in the Internet industry, Ms. Singh Cassidy has been profiled in numerous publications globally, including Fortune, Forbes, The Wall Street Journal, Businessweek, The New York Times, Bloomberg, Vanity Fair, Vogue, Techcrunch, AllThingsD, Ad Age and in several leadership books, including, “How Good Leaders Learn,” “Innovation Nation,” and “Geek Girl Rising.” She was named one of the Most Creative People in Business by Fast Company (2017), one of the Top 100 People in the Valley by Business Insider (2016, 2012), a “Woman to Watch” by Forbes (2014), Fortune (2008) and Ad Age (2010); Techcrunch’s first General Management Fellow (2009); and one of the Top 100 Women of Influence in Silicon Valley (2018, 2016, 2014, 2010).