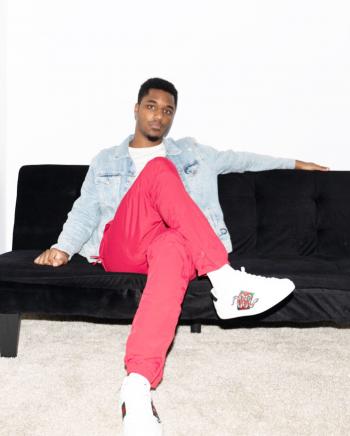 President & CEO,
IPO
Los Angeles, CA, USA
Recently appointed as Director of Marketing at Island Records / Universal Music, Malcolm Manswell became the youngest African-American music executive in the industry. Before jumping into the music industry, he was acquired by Nike to work on the Jordan Brand Marketing Team in 2016 after his first start-up company, SneakHeat, was named a Top 25 Sneaker Company by Complex Magazine. After about a year at Nike, Manswell went on to become Marketing Manager at Atlantic Records where he worked with Grammy- nominated artists Super Duper Kyle, DRAM, and Ty Dolla $ign, in various marketing capacities.“I learned a lot during my transition from Nike to Atlantic. I was coming from the brand side of things, so it was exciting to look at everything from that standpoint while helping artists,” Manswell admits. After about two years at Atlantic Records, Manswell was personally tapped by Yo Gotti to become Head of Marketing for his CMG Label which houses Blocboy JB, Moneybagg Yo (Interscope Records), and Blac Youngsta (Epic Records). More recently, Manswell was instrumental in the latest release of Moneybagg Yo’s debut album in November, titled RESET, which peaked at #8 on the Billboard Top 100 and features J. Cole, Future,YG, Kodak Black, Kevin Gates, and Jeremih. Manswell also served as marketing catalyst for Lil Baby & Yo Gotti’s newest signee, 42 Dugg, who released his Young andTurnt project in March which includes features from Lil Baby,Yo Gotti,Tee Grizzley, and Pewee Longway.