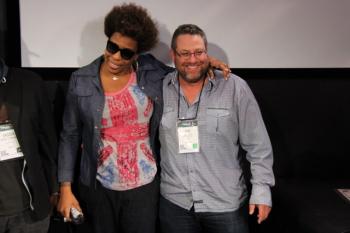 He is the descendant of a family of traveling entertainers (Joe’s paternal grandfather and his 11 brothers and sisters were popular Vaudeville performers back in the 1920’s.)

Joe’s dad taught him some basic chords on the piano when he was 6 and he took it from there to teach himself. By 8 he was composing intricate original instrumental piano compositions.

As a budding showman, he would often have people select any page from a book of very complicated looking music Joe would hand them. Then he would pretend to study it for a moment and begin to play his own song, figuring the mark was not be capable of reading music to know the difference! Then to complete the rouse, after playing for 30 or 45 seconds, Joe would pause, turn the page, give it a quick once-over, and then continue playing his song. Impressed as they were, he would then reveal everything that just happened, figuring entertaining people was more important than impressing them.

In 4th grade Joe took a year of classical guitar lessons, learned music theory and how to sight-read. Joe took a year of electric guitar lessons in 7th Grade from Joe Walsh’s band mate Bill Jeric and began performing in a wide variety of rock and funk bands. In high school, he took advanced level collegiate Music Theory Classes and earned money promoting his own band's shows around town. On summer vacation before his senior year Joe attended Berklee College of Music in Boston. He was known there as a budding rock guitar prodigy and was also highly influential on where students in Berklee’s non-air-conditioned Mass. Ave. dormitories would sleep. Says Solo, “ I was unable to fall asleep due to the combination of scorching summer heat, the constant second-hand pot smoke emanating from my roommates' bunk immediately beneath me, and the ever growing body odor of my other roommate – who simply refused to take showers, I finally decided to move my mattress way across to the end of the building where several large and well air conditioned rehearsal room were.” Other students on Joe’s floor soon caught wind of this and within a couple nights practically the entire 7th floor were up having slumber party-style jams every night. Word of the fun, air-conditioned, all night jams spread to all the other floors and within a few weeks the entire summer program’s student population were participating in what became known as the nightly “Joe Solo Slumber Party.” Joe recalls one night “This jazz guitar player with a major attitude showed up in the middle of the night to rehearse some of his “real book” songs and got seriously miffed when he entered the practice rooms only to find they were all filled with a bunch of rockers. So I said to him in a real smooth toned voice, ‘Aaaa - Coooool down, Jazzcat. It's all good. ‘ I then invited him to join us, but he quickly turned around and stomped out.”

When I showed up the next night with my guitar, my Pignose (practice amp) and my pillow, 2 all-night security guards were already posted to turn all slumber party-goers away. So 2 days later I left Boston and the remaining summer sessions and flew back home to Cleveland, where I had full access to nighttime air conditioning.”

Prior to playing in bands, Joe was not a very popular kid with the ladies. Being in a band changed all that. It gave him the confidence to approach girls, and even better, they often approached him first. This prevented him from having to break through the crippling fear of rejection he had always felt when approaching females his whole life. So it was around this time that he decided he wanted to make music his life. “I admit it,” Solo says,” that I absolutely love music, but I had stumbled onto a way to socialize with a woman without having to deal with my deep fears of approaching women -- So I decided to make music my life!” he laughs.

Upon announcing to his parents his new life-long vocational decision, his dad, excited by the prospect of carrying on the family tradition of entertainment, promised for Joe’s upcoming birthday he would get him any piece of music equipment that would propel his career forward.
Joe thought about it for a few days and finally told his dad he wanted a digital delay effect for his guitar rig.

Joe wanted to be able to play Pink Floyd’s “Run Like Hell” guitar part and that required a delay unit.

So as Joe excitedly ripped open the wrapping paper on his birthday gift a few weeks later, he imagined how cool he would soon be able to make his guitar sound. He anticipated the barrage of awe inspired compliments he would receive after live shows from being able to pull off being able to play the one song from Floyd’s “The Wall” that no other guitarist in his circle of peers could do.

What Joe found sitting inside the box was a piece of music gear that would forever change the direction of his life, and in ways so profound that it would later culminate into sales of over 34 million records.

“I think this will be much better for you music career than a device intended to emulate somebody else’s playing style” his dad confidently explained.
“What I pulled out of the box was Tascam’s Porta-One – a battery operate portable 4 track recording studio. Dad always was kinda brilliant.”

That was the moment in Joe’s mind that he had graduated from being “merely a player” to being a producer.

In 1985, Joe met Macy Gray while paying his bill at Larry Parker’s Beverly Hills diner. She was the cashier and surmised Joe was a guitar player due to long hair axe-slingers were sporting in those days. She said, “I’m a singer. Do you play guitar?” “Sure do!” “Well, we should get together tomorrow and write a song.” “Sounds good to me,” said Joe.

The next day she visited his recording studio. After 5 minutes of hearing her sing, Joe put down his headphones and said, “I will commit, right now in this moment, to being your producer and develop you and never leave you or stop trying for however long it takes until we make it.”

17 years later . . . Macy broke through and Joe was signed to a half million dollar worldwide publishing deal with Paramount Pictures music publishing division, Famous Music — and built his career from there.

Currently Joe is developing new artists and running Joe Solo Music+Entertainment, Inc., (Which offers music production services, boutique label creation, a publishing division, and is in development of a music based TV show that reveals Joe grooming artists for the big-time.

Joe is also is educating and inspiring songwriters, artists, and other aspiring music industry professionals to become successful through his Music Success Workshop company by offering instructional videos, hands-on career coaching, his “Make it BIG in a Box” product, convention keynotes, weekend retreats, and of course. . . songwriting & producing records.

Here’s a summary of what’s been keeping Joe busy during his 30+ years in music:

• Seasoned Film / TV Composer & Songwriter; Songs heard on American Idol, Major League Baseball, Dancing with the Stars, The Dog Whisperer, Apple’s first iPhone commercial, and thousands of other show all around the planet.

For more on Joe’s professional history, his upcoming Malibu Beach House Music Success Retreat, and to get his FREE Music Success Video Nuggets and the vital list of The 9 Music Career-Killing Mistakes (and how to avoid them) - FREE - go to www.joesolo.com.