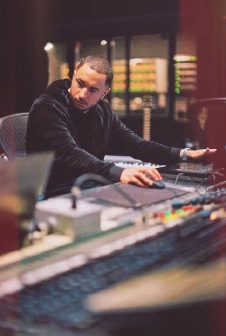 Tyler “T-Minus” Williams, a world-renowned Grammy award-winning and multi-platinum selling music producer; synonymous with shaping the melodic Hip Hop, R&B and Pop music that is the backdrop to the soundtrack of our lives.

As one of Drake’s longest collaborators, he has been part of the journey since day one with hits such as H.Y.F.R, “The Motto”, “Make Me Proud” (featuring Nicki Minaj) and Blem to name a few.

He produced one of Nicki Minaj's first crossover hits, “Moment for Life” (featuring Drake), and recently produced hits for 2 Chainz, Belly, Rich the Kid as well as Camila Cabello’s debut album which went #1 in 100 countries the 1st week.

He has amassed over 20 awards and nominations including Grammy’s, Platinum certifications and winning BMI’s prestigious Producer of the Year on multiple occasions.

The trademark T-Minus sound is played across airwaves worldwide from radio, television, online video and streaming channels, and talked about in publications from XXL to Genius and everywhere in between.