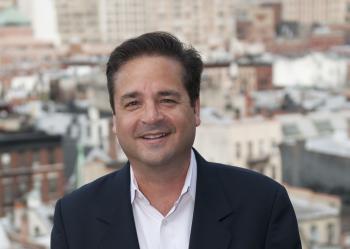 Prior to joining the NHL, Mayer spent 20 years with IMG Productions. Most recently, he served as IMG’s Executive Producer and SVP of IMG, the world’s largest producer of sports programming.

Mayer also has a number of highly acclaimed reality and documentary shows on his production resume, including ‘A Season With Notre Dame Football,’ Hoops U (Showtime), NHL Revealed (NBC/ CBC), Race to the Altar (NBC), I’d Do Anything (ESPN), Manhunt (Bravo), Battle of Network Stars (NBC), Better Half (Bravo), Battle of the Gridiron Stars (ESPN) and Beer Money (SNY).

A winner of 10 Emmys and 3 Ace Awards, Mayer has produced five Olympic games, including Bravo’s Olympic coverage from London in 2012, as well as producer of the Morning Show at the Olympic games in Sydney for NBC. Over his career, Mayer has produced hundreds of tennis events and has been lead producer for the Australian, French and U.S. Opens. For ten years, Mayer was the Executive Producer of the New York City Marathon for ESPN.

Mayer is a graduate of Ithaca College. He lives in West Caldwell, N.J. with his wife and two daughters.
[conference-panels year="2020" type="overview" cat=2 testing=0 site=CMW]