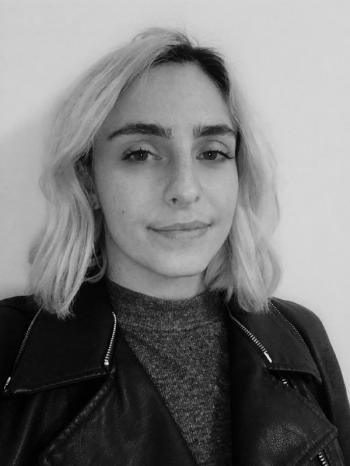 "If you told me when I first moved to New York City that I'd be working at a record label, I would have told you you were crazy," says Jessica Page, director of digital strategy at Mom+Pop Music, with a trademark laugh. "But I’m lucky enough to be allowed to insert myself into these amazing projects with artists and people who make an impact on my life, and hopefully on the world, on a daily basis."

A decade ago, with the music business set adrift by digital doldrums and the salve of streaming still knocking on the door, a record label may not have known what to do with someone like Page. And the Boston native, who has a marketing degree from the University of Rhode Island’s College of Business, didn’t set out with eyes set on the industry, either. But as the music business has rebounded and embraced new digital-first initiatives, Page developed an interest in and love for the intersection of tech and music that has led her on a path toward a 360-degree understanding of how music moves — and is marketed and consumed — in a streaming-dominated world.

After launching a music blog with friends and scouring other sites for new music, Page began to focus on how to compile music from across the blogosphere — an issue that Hype Machine was working on, but that seemed ripe for disruption. That led her to a job at Exfm, a startup that used a chrome plugin to pull music into a browser-based platform, later creating a music player to condense streams from across 50,000 sites into one place, allowing listeners to hear music from a variety of platforms without visiting each site individually — "almost a Spotify before there was a Spotify," as she explains it. During her time at Exfm she served as marketing and product manager, helping to tell the story of the company while also coordinating shows and events for the thousands of bloggers who used its platform. "That was my first foray into product, digital and music all together," she says.

From there Page dipped her toes into an editorial-focused startup, as managing editor for the short-lived Complex-owned live-events vertical and ticketing product SuperGlued, which deepened her understanding of editorial and the live-music business, before making the move to the marketing team at Capitol’s indie distributor Caroline. It was there, working on the rollouts for releases by artists like Alabama Shakes, Halsey, Banks, TV On the Radio and Raekwon, that she says gave her "a level of understanding about how music actually gets distributed across all these platforms, from the more mechanical, technology aspect, and then how to market and do sales with those platforms. You become kind of the middleman: you're the one feeding the information and making the deals and making the plans. That was how I developed those sales and marketing relationships."

Distribution is about executing a plan; editorial and startups tend to lean more towards the consumer-facing side of music. But as she developed her skills at Caroline, Page realized she wanted to be more hands-on with the artists and projects that she was working to put out into the world. So in July 2015, Page moved to Mom+Pop as director of digital strategy, hoping to bring her experience to the label side of the biz.

Success followed quickly: in her first year at the label, breakout star Courtney Barnett earned several awards in her native Australia, picked up a BRIT Award nomination for international female solo artist and earned a Grammy nomination for best new artist. The following year, Flume earned a Grammy for best dance/electronic album for Skin; Page and her team helped the project reach No. 8 on the Billboard 200 behind a multi-faceted streaming strategy with integrations with both Spotify and Apple Music, and put together a market-specific data plan that helped Mom+Pop’s radio team push Flume’s single "Never Be Like You," featuring Kai, all the way to No. 11 on Billboard’s Mainstream Top 40 chart, and to No. 20 on the all-format Radio Songs chart — a major feat for an artist who had never appeared on a Billboard chart before.

Now, Page has her hands full once again, with upcoming projects by Tash Sultana, Alina Baraz and Alice Merton on the horizon, not to mention the highly-anticipated rollout of Barnett’s sophomore album, Tell Me How You Really Feel, due out May 18. But the way the winds are blowing, Page is more equipped now than ever before to handle the particular changes and challenges that are part and parcel for the music industry.