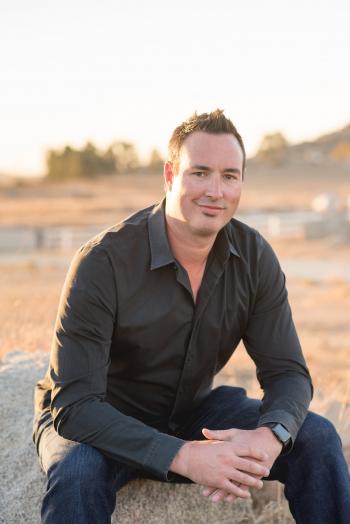 @iamsteveclayton
Born in Toronto, Steve Clayton (http://iamsteveclayton.com/) began his entertainment career as a small DJ company playing weddings and corporate shows. Today, Steve Clayton has built himself to the foremost producer of large festivals and slays corporate brand creation. Steve has involved himself in numerous cannabis-related activations within California.
Steve and his company, The Soundskilz Group (http://soundskilz.com/), have been involved in many different Cannabis Cups; most notably in collaboration with High Times. They have produced both the first Blazers Cup and the Gold Cup. This year, the EOOS festival; in collaboration with Easy E’s Son from Ruthless Records, has retained the Soundskilz Group to ease their transition to cannabis-friendly festivals. Steve and his team work closely with law enforcement, venues, talent, and festival owners to encapsulate an experiential environment that brings the free-flowing nature of these festivals to the forefront; in a safe and profitable manner.
In 2007, with a contract from USC and the Rose Bowl, Steve carefully cultivated his business. Five years later, Steve collaborated with a colleague who invested in The Neon Run. A pioneer in The Night Time Glow Run movement, The Neon Run boasted over 11,000 attendees at San Francisco’s Candlestick Park, and has registered over 10,000 attendees on a regular basis. In
2014, Steve purchased the remainder of The Neon Run and continued to produce events from Orlando, DC, Phoenix, and Canada.
In 2015, Steve joined a then one-year-old Chalice Festival outside of Los Angeles, CA. Steve has helped grow Chalice from 8000 attendees its first year to almost 40,000 in year 4. Steve manages a $5 million dollar budget and books headline talents such as Wu Tang Clan, Migos, and Ice Cube just to name a few. With the aid of his venue knowledge and negotiation, talent selection and vision, Chalice has catapulted into the largest Music, Glass, Hash and Art Festival in California, and very possibly the country.
When Steve dove into entrepreneurship, he had no guarantee he’d make it, no one telling him how to succeed, and yet he was determined to follow his dream and do what he loved. As Steve had his first taste of success in 2007, he never imagined he would be where he is now. He never thought he would have an abundance of time to spend with his family or for himself. He always thought he’d be on the grind, up early and home late. Today, he wants to bring his experience to those in the event and entertainment industries to help them build their business to its fullest potential in the hope that they too can obtain the privilege of time.
Slated for Spring 2018, Steve is releasing his new book and coaching program designed to give DJs a blueprint in the “how-to’s” of growing their DJ business.
Connect with Steve on Facebook, Instagram or Twitter @iamsteveclayton
[conference-panels year="2020" type="overview" cat=2 testing=0 site=CMW]