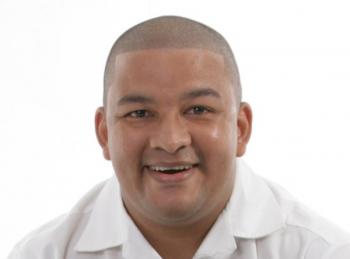 Marmalade Productions
Cape Town, South Africa
Godfrey Vollenhoven has a background of over 30 years in the Southern African entertainment industry. This includes the planning, production, organization and performance at various entertainment events.

These events include conferences, workshops, weddings, birthday parties, corporate events, team building events, live concerts at major entertainment venues throughout South Africa as well as large scale outdoor shows and festivals. In addition to this he has been active in the management of artists, performers and celebrities.

Over the 30-year career he progressed from being a sought-after DJ on the South African nightclub scene to owning some of the most successful nightclubs in the Western Cape Region of South Africa. As club owner Godfrey discovered what was to be his real space in the entertainment industry. Through promoting various top South African as well as International acts at the various clubs he owned, he cultivated a love for this part of the industry. Godfrey formally registered Marmalade Productions in 2009 as a promotions and events company.

Since our inception in 2009, Marmalade Productions has presented over 200 shows playing to
audiences in excess of 400 000 over the span of the last 10 years. These shows included local productions as well as various international tours within South Africa and throughout the neighbouring countries such as Mozambique, Namibia, Zambia, Zimbabwe, Botswana, Swaziland, etc.

Godfrey has a strong and deep passion for artists throughout Southern Africa and is actively
involved in the promotion, development, financial assistance and showcasing of Southern Africa’s talent.