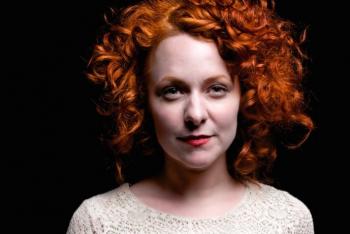 Artist, Advocate, Label Owner, Festival Founder Roaring Girl Records,
Sawdust City Music
Toronto, ON, Canada
Classically trained on violin and in voice, Miranda is a versatile performer and in high demand as a fiddler and singer covering a wide range of styles. Her debut full length solo album, Whipping Boy, was released in May 2014 to critical acclaim. It became the flagship of her own record label, Roaring Girl Records which at just shy of 3 years old is quickly gaining a reputation for as a home for diverse and excellent artists. She has just launched a music festival in historic Gravenhurst, Ontario called Sawdust City Music Festival to be held August 3-5.

Currently she is a member the newly minted Harrow Fair, a duo with Andrew Penner of Sunparlour Players. She makes select appearances in the violin show, 'Bowfire' and her fiddle trio, Belle Starr as well as with Stephen Kellogg and the South West North East Band. She has also sung and played fiddle with Jim Cuddy, Steven Page, Calexico, Joel Plaskett, Rose Cousins, Alan Doyle, Raine Maida, Dan Mangan, John Borra, The Rattlesnake Choir and Justin Rutledge, among others. Not limited to band performances, Miranda has appeared in various theatre productions including the Dora winning productions of 'Parfumerie' and 'Spoon River' with Soulpepper Theatre in Toronto.


In addition to varied studio work, she has toured extensively in Europe and North America with Great Lake Swimmers and the celtic rock bands The Mahones and The Peelers, The Paperboys, The Glengarry Bhoys and the alt-country band Luther Wright and the Wrongs.

Miranda has played or sung on over 50 records including those by Donovan Woods, Justin Rutledge, Sarah Slean, Cowboy Junkies and N.Q. Arbuckle to name a few. She is a member of the Board of Governors of Massey Hall/Roy Thomson Hall and sits on the board of CIMA.

Miranda studied Opera Performance at The University of Western Ontario and McGill University.