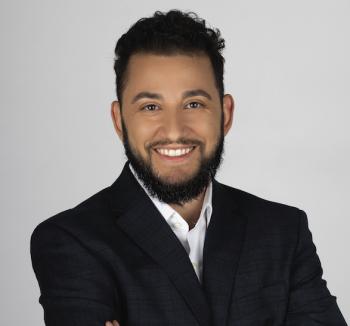 As a young transgender person, Dani had trouble finding his place in the world. In his teens, he discovered the Toronto entertainment scene. He read the liner notes of his favorite records, attending art exhibitions and punk concerts at The Big Bop, discovered Wavelength music, found community at The Beaver and Glad Day Bookshop, read zines, participated in marketing efforts for labels like Sub Pop and Fat Wreck Chords, and learned firsthand how art can change a person’s life.

The artistic and creative world helped him find himself and his purpose: helping creative people navigate business, break down boundaries, and create art.

After graduating from the University of Toronto, where he studied English Literature and Art History, Dani moved to Los Angeles to attend law school. While in law school, Dani mentored and managed artists including Carole Pope of double-platinum, four-time certified gold band Rough Trade and Sumo Cyco fronted by Juno-nominee Skye Sweetnam. He wrote about music for The Huffington Post and was a legal extern at Live Nation in Beverly Hills.

With legal knowledge now in his pocket and a knack for business, Dani could actualize his dream of creating his own law practice and music consulting firm to further assist artists and musicians.

More than anything else, Dani’s goal is to help clients define their goals, find the resources they need, overcome boundaries and obstacles, and actualize their version of success.

When he’s not in the office, you can find Dani organizing and attending queer events for nonprofit and LGBTQ+ organizations, practicing mindfulness and yoga, and in the crowd at concerts.
[conference-panels year="2020" type="overview" cat=2 testing=0 site=CMW]