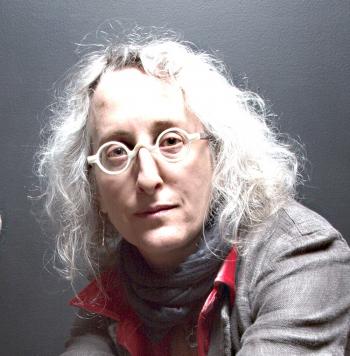 Founder, Music Supervisor & Producer,
Cassete
Condesa, Cuauhtémoc, CDMX (Mexico City), Mexico
Lynn Fainchtein is known for her work on The Revenant (2015), Birdman or (The Unexpected Virtue of Ignorance) (2014) and Babel (2006).

Lynn Fainchtein has taken her musical experience to an ample range of mediums, which include film, television, radio, journalism and recording. She has worked as producer and musical supervisor on numerous films. One of her long-standing contributions has been with the acclaimed Mexican Film Director Alejandro González Iñarritu on all his films: Biutiful (nominated for the Academy Award), Babel, 21 Grams, and Amores Perros (nominated for the Academy Award). More recently the worldwide acclaimed Birdman and The Revenant.

In addition, Lynn has collaborated with Lee Daniels on his award winning film, Precious (Winner at The Sundance Film Festival). Among many other films, some she has musically supervised are: La Misma Luna, Sin Nombre, Miss Bala, as well as Maria Llena Eres de Gracia and Loveforever from Carlos Moreno both Sundance winners and official selections.

Lynn regularly collaborates with Canana Films, the production company founded by Gael Garcia Bernal and Diego Luna, where she has musically supervised all of their films, which include Abel, Déficit and Chavez, Lee Daniels on The Paperboy, Walter Salles with On the Road, both films participants of 2012 Cannes Film Festival.

On the other hand, Lynn has done extensive work as a producer as well: Animated film El Santos VS la Tetona Mendoza in 2012, the musical documentary Hecho en México (2012) and documented the mexican election process in 0.56% ¿Qué le pasó a México? (2010). She also produced ¿Y tú cuánto cuestas? In 2007 and coproduced Sueño in 2005.