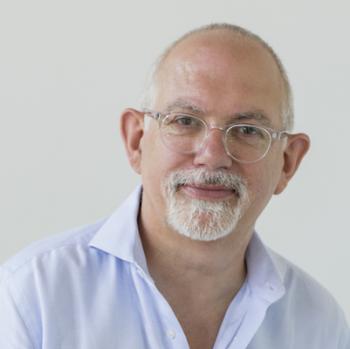 Director, Global Cultural Districts Network and Director, AEA Consulting,
AEA Consulting
New York, NY, USA
Adrian is the founder of AEA Consulting (1990) and the Global Cultural Districts Network (2013).
Adrian is a noted speaker and writer who has been profiled in the New York Times, Wall Street Journal and Crain’s New York Business. In addition to consulting globally with clients across the cultural, public and business sectors, Adrian lectures and writes widely, and has been featured in numerous distinguished forums including The International New York Times Art for Tomorrow Conference, The Independent, The New Statesman, London Essays, The Art Newspaper, Fortune, The Salzburg Seminar, Blouin Creative Leadership Summit, Demos, the Lord Mayor of Sydney’s Annual Design Excellence Forum, the J. Paul Getty Trust, The Clark Art Seminar, the Canadian Arts Summit, New Cities Summit, REMIX Summit, and annual conferences of the American Institute of Architects, International Society for the Performing Arts, and many others.

Adrian is a past board member of the Getty Leadership Institute, the Association of Performing Arts Presenters, The Kaufman Center and Pathé Pictures. He currently serves on the International Advisory Committee of the master’s program in International Arts Management, a joint program of Southern Methodist University, HEC Montreal, and Bocconi University. Adrian is a past member of the Governing Council of the National Museums and Galleries of Wales, and the Royal Institute of British Architects' Architecture Centre Committee. He has been a Scholar in Residence at Columbia University, and has taught arts administration for Boston University, New York University, National Arts Strategies and the Clore Fellows Programme.

A lifelong jazz fanatic, Adrian served as Executive Director of Jazz at Lincoln Center from 2007-2011. Prior to founding AEA, he served as Executive Director of The Conran Foundation in London, where he planned and managed the creation of the Design Museum. He began his career as a civil servant in the UK Treasury and the Cabinet Office, where he worked on service-wide efficiency reviews and privatisation, and ran the office of the Economic Secretary to the Treasury. Adrian received his B.A. (first class) and M.A. degrees at University College, Oxford, where he served as a College Lecturer in Politics; and completed additional graduate work at London School of Economics.
Adrian is a graduate of National Arts Strategies Chief Executive Program. In 2012, the Jazz Journalists Association named him Jazz Hero of the Year.