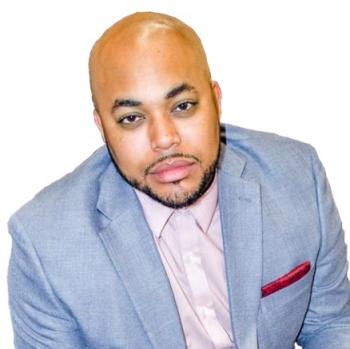 TV & Film Music Supervisor,
Grammy Award Winning Record Executive
Lithonia, GA, USA
Amir Windom is one of the nation’s rising young leaders. In just a few years, Amir has emerged as a leader by asserting his skills in the music industry, having a unique IQ for brand marketing and simply matching brilliant ideas with a relentless work ethic. He’s highly regarded as one of the top creative minds of his generation.

Having worked at historic record labels in a variety of roles as an intern, marketing department, community relations and Executive of A&R/Creative Services; he has worked on albums and marketing strategies for some of today’s biggest stars such as Bruno Mars, Kanye West, Pharrell Williams, Lupe Fiasco and Trey Songz to name a few. Thus far, Amir has contributed to numerous Grammy Award winning albums and film soundtracks that have earned gold and/or platinum status.

Amir is a Television and Film Music Supervisor, where he’s helped create and place music, create scores and creative strategies for major film companies such as Sony Pictures, Universal Pictures, LionsGate Films; and TV shows such as BET’s Being Mary Jane, ALPHAS (SyFy), Entourage (HBO); and movies such as Collateral Beauty, Act Like A Lady Think Like A Man, Why Did I Get Married 2, Bad Dad Rehab, and Stomp The Yard 2 to name a few.

He's also assisted in the development of global marketing campaigns for companies such as Coca Cola (Summer Olympics 2016 & Respect Your Verse), Kodak (So Kodak feat Drake & Rihanna) and ESPN.

He was given the prestigious “40/40” award by his alma mater Florida A&M. This award was given to alumni under the age of 40, who’s made outstanding accomplishments within their career and also community. He was also named as one of the Top 35 Millennials in the country by NBT and has been penned as one of the young leaders to watch by the Atlanta Journal and Constitution.