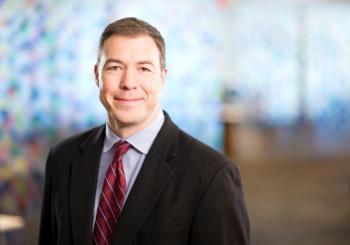 Troy was previously Senior VP of News, Radio and Station Operations. During his tenure, he managed the addition of local newscasts in every Global TV market, launched Global News Radio in 2017, and helped build Globalnews.ca into the largest, private-sector provider of online news in Canada, with over 1.3-billion page views last year. Under Troy’s leadership, Global News in 2013 became the first Canadian network to win the Edward R. Murrow Award for Overall Excellence in journalism, and followed it up a year later with the award for Best Website, and two years after that with the first-ever Murrow Award for Innovation.

Prior to his executive roles, Troy served as an anchor and correspondent for Global News, including two years on Parliament Hill, and three as Washington Bureau Chief. He previously held roles with The Canadian Press, Standard Broadcasting and in private radio, beginning at 17 with his hometown station in Westlock, Alberta.

This year, Troy received an honorary degree from Lethbridge College, where he first graduated in 1988, was named Distinguished Alumni in 2003 and maintains an annual internship program in his name. He completed the Broadcast Executive Leadership program at the Banff Centre in 2007 and the Cable Executive Management program at Harvard Business School in 2015.

He and his wife Maureen Rogers have four children and make their home in Oakville, Ontario.