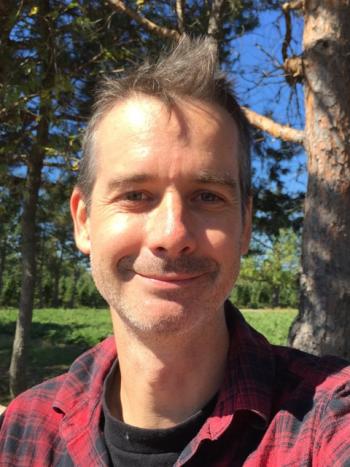 Festivals Controller,
Union Label Group - Pouzza Fest
Montreal, QC, Canada
Matt Collyer accidentally fell into a career in music when he founded the Planet Smashers in Montreal back in 1994. It was supposed to be a hobby. He hit the road hard with the Planet Smashers for the next decade and racked up over 1500+ live performances, 15 Canadian national tours, eight in Europe, five Vans Warped tours, three headlining US tours, and even one a piece in Japan and Oz. The band has released eight full length albums all of which have done remarkably well considering they came out on Matt's own record label. That's right, Matt is also President of Stomp Records, since 1995 the label has released over 150 titles from many successful Canadian artists including Bedouin Soundclash, the Creepshow, the Flatliners, the Real McKenzies, the Dreadnoughts, Saint Alvia and many many more. Matt also co-manages roster bands the Real McKenzies, the Creepshow, Motel Raphael, the Brains and the Planet Smashers. In addition, Matt is a member of the programming committee for Montreal's POUZZA FEST and is also the festival’s controller.


POUZZA FEST is a punk rock music festival that takes place in downtown Montreal over the May long weekend. The festival was founded in 2011 and will be entering its 6th edition in 2016. Performances take place in several indoor venues all of which are within walking distance of each other, as well as outdoor performances on the Parterre in the Quartier des Spectacles. Past performers include Dillinger Four, Mad Caddies, 7 Seconds, New Found Glory, Strung Out, Lagwagon, Planet Smashers, Grade, Coeur de Pirate, The Sainte Catherines, Less Than Jake, Suicide Machines, The Ataris, MXPX, Me First And the Gimme Gimmes, Good Riddance, Hot Water Music, The Bouncing Souls, Creepshow, Guerilla Poubelle, The Slackers and many more.
Since its creation in 2011 attendance figures have increased from 1000 to last year’s estimated 18,000 concertgoers. The number of artists has also increased from 75 in its first year to almost 200 in 2015.

In 2014 the festival added an outdoor stage for the first time and the beginning of our relationship with the Quartier des Spectacles. The stage has been situated at the Parterre within the Quartiers’ confine and has space for 8000+.