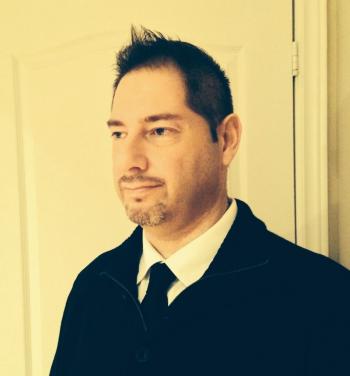 @AredArzumanian
Ared Arzumanian is a producer, songwriter, remixer, and recording artist formerly with Sony/BMG and Universal Music Group. He typically works in Top 40 – pop, urban, and EDM genres – but is versatile and does extend his work to other genres as well. His music has been released on several record labels including Odeon Records, Popular Records, SPG Records, Hi-Bias Records, Universal Music Canada, Sony/BMG Music Canada, and major label compilations worldwide.

In 1995, Ared co-wrote the hit single “Open Up Your Heart” for Universal Music recording artist Mia Minx that charted at number 1 across Canada, as well as 3 top ten singles to follow which he co-wrote and co-produced. One of those singles was the hit “Zodiac” which was released by Universal Music in 2000. Then in 2002, Ared and his associate were signed by Uomo/BMG, which formerly managed Shawn Desman among other BMG Canada artists. During that time, Ared co-produced a remix on Shawn Desman’s first gold record “Get Ready”, which was aired during an episode of Electric Circus (CityTV) across Canada and televised internationally. A year later, Ared was also featured on a weekly episode of Careers Television (CityTV), filmed at powerhouse songwriter/composer Stephan Moccio’s Toronto recording studio.

Ared has been fortunate enough to have had some of his work licensed in motion pictures. In 1998, several songs written and produced by Ared were used as part of the soundtrack (and opening theme) to the feature film “More to Love” directed by film and television director Paul Lynch (Twilight Zone, Star Trek TNG, Star Trek DS9, Robocop, F/X: The Series, Sliders, Xena: Warrior Princess, Prom Night). Shortly after its release, “More to Love” was broadcast in the U.S. and ended up winning the Feature Film Award for Best Romantic Comedy (1999) at the New York International Independent Film & Video Festival. Ared’s music was also featured in the movie “Runaway Divas”, released in 2004. In 2007, Ared teamed up with jazz pianist and songwriter, Eddie Bullen, to sound design, engineer, and mix the master audio for the ReelWorld Film Festival Trailer (official). More recently in 2014, Ared and fellow composer Chant Sleiman were hired to compose and produce the original score for the feature film “Doggy Daycare”, which was released in early 2016.

Ared has diversified his business into new and lucrative ventures. Entertainment Management Group (EMG) Canada is an established talent agency that has partnered up with Ared to help develop and sign artists towards successful, viable and well branded careers. Currently, Ared is a Partner at EMG Canada’s newest division, Artist Management.

Most importantly, Ared is no stranger to helping the local and national music communities. He has been an industry judge, panelist, and mentor for national music festivals including Indie Week and the industry panel portion, Indie 101 (http://canada.indieweek.com), the Canadian Urban Music Conference (CUMC http://canadianurbanmusicconference.com), the International Music Software Trade Association (IMSTA FESTA http://www.imsta.org), and as an industry consultant for Canada’s Talent Nation platform (http://www.talentnation.ca). Ared has also supported various local and regional talent competition platforms as a judge, consultant, and mentor including Hidden Talent Toronto (http://www.hiddentalenttoronto.ca), MYDM Mississauga, Markham Idol, and Armenian Idol. Throughout his 20-year career, he has had the pleasure of personally mentoring hundreds of aspiring artists, songwriters and producers to help them develop their craft and set them up for success.